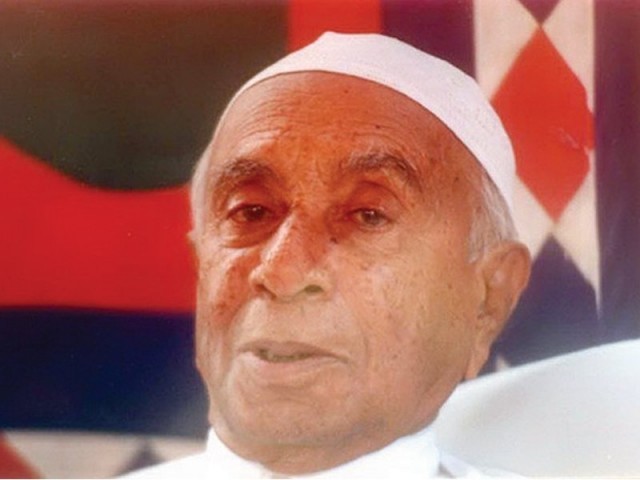 HYDERABAD: GM Syed’s struggle for the rights of Sindh continues to this day, said speakers celebrating the 116th birth anniversary of the late nationalist leader and founder of Jeay Sindh Tehreek.

Four factions of the party held separate public meetings in the venerated leader’s hometown of Sann in Jamshoro district on Friday.

“Syed’s vision played a role in the provincial autonomy that has been given to the provinces after the 18th Amendment,” professed Justice (retd) Wajihuddin Ahmed, who spoke at the meeting held by the Sindh United Party (SUP).

He recalled a confluence of views between Syed and Quaide-e-Azam Muhammad Ali Jinnah during the struggle for Pakistan, but added that differences between the two began to crop up in 1946.

Syed, who shifted from mainstream to nationalist politics around the time of independence, began raising the slogan for ‘Sindhu desh’ in 1973. A literary figure as well as a political one, he wrote 62 published and unpublished works. He passed away on April 25, 1995, while under house arrest.

“In the present era, the war of the ordinary people is against feudal lords, capitalists and those who have enforced a controlled democracy on the country,” stated the retired judge.

SUP president Syed Jalal Mehmood Shah said that the country existed as a security state, in which all the people feel unsafe. Blaming the rulers for plundering the country’s resources, he contended that Pakistan was being governed on the financial lifeline provided by international institutions. He further held the Centre responsible for discriminating against the provinces.

“The system of corruption prevails from top to bottom, but there is no impartial mechanism for accountability,” he deplored.

Baloch nationalist leader Abdul Hai Baloch pointed out that Sindh and Balochistan were both blessed with natural resources and a coastline, but their people continued to live a life of despondency.

Passing resolutions, the meeting called for putting an end to the controlled democracy, judiciary and media, as well as stopping the settlement of people from outside Sindh within the province.

Addressing the meeting held by Jeay Sindh Qaumi Mahaz (JSQM), the party’s young chairman Sanan Khan Qureshi recalled how Syed had spent a great part of his life languishing in prison because of his struggle for the rights of Sindh.

Advising Urdu-speaking people to become a part of the Sindhi nation, Qureshi said that outsiders were given jobs in the province but the doors of employment were kept shut for Sindh’s own people.

Meanwhile, JSQM vice chairman Amjad Khan Mahesar lamented that the province had been left to the mercy on corrupt and inept rulers.

Referring to the Pakistan Tehreek-e-Insaf government in the Centre, Riaz Chandio, the president of Jeay Sindh Mahaz, said that the current rulers had transformed the slogan of accountability and justice into a slogan of revenge and blackmail. “This government is more terrible than the martial law regimes of Ayub, Zia and Musharraf,” he insisted, adding that the rulers had stolen Sindh’s natural resources as well as its people’s right to rule themselves.

The speakers at the meeting demanded an end to water theft from Sindh’s share, the extradition of illegal immigrants and the handover of control of the province’s natural resources.