Shauka­t Yousuf­zai's commen­ts come amid a nation-wide spike in the price of the basic commod­ity
By Social Desk
Published: January 18, 2020
Tweet Email 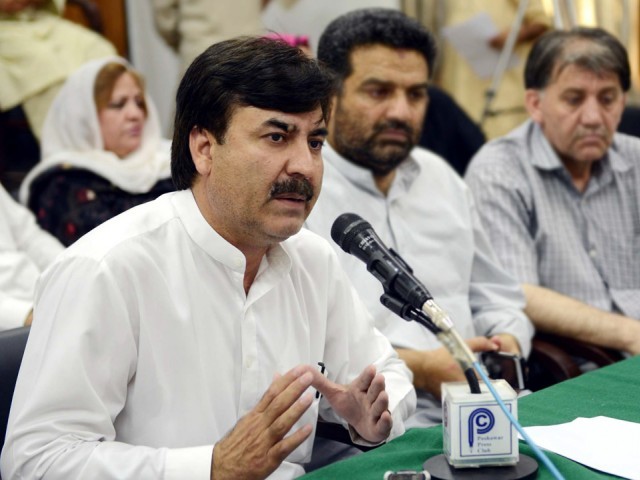 Shaukat Yousufzai is never short of novel ideas for the people of Khyber-Pakhtunkhwa (K-P). The K-P government spokesperson has recently come up with ‘valuable’ advice for the public to cope with the rising flour price in the province.

Yousufzai said that doctors warned against using fine-quality flour to stave off stomach diseases such as intestinal cancer and other diseases.

He urged citizens to instead opt for local whole-wheat flour.

He also suggested that tandoor-walas of the province demanding a rise in the price of flat bread, also called roti, to go for a low-weight dough.

“We won’t allow a rise in the price …instead the weight should be decreased,” Yousufzai was quoted as saying.

His advice fell on deaf ears on social media as Twitter users mercilessly trolled him over his remarks.

Now Shaukat Yousafzai is saying fine flour can become a cause of intestinal cancer whereas local whole-wheat flour saves from stomach diseases. pic.twitter.com/RHcPGfMqWv

While Railways Minister Sheikh Rashid went as far as to blame citizens for the price spike.

While addressing the media in Lahore the federal minister claimed the real reason behind the rise in flour price was that the public consumes more rotis in November and December owing to the cold weather.”

The price of flour went up by Rs6 per kg across the country with the commodity being sold at Rs70 per kg in various cities in Pakistan.

Prime Minster Imran Khan has also taken notice of the situation and ordered for urgent remedial measures to be taken.

This is the second time that the price of flour has increased in the past two weeks. The price of the commodity price has jacked up by Rs20 during the tenure of the PTI government.

The Flour Mills Association has notified the increase in price complaining that mill owners had not received any subsidy from the government.