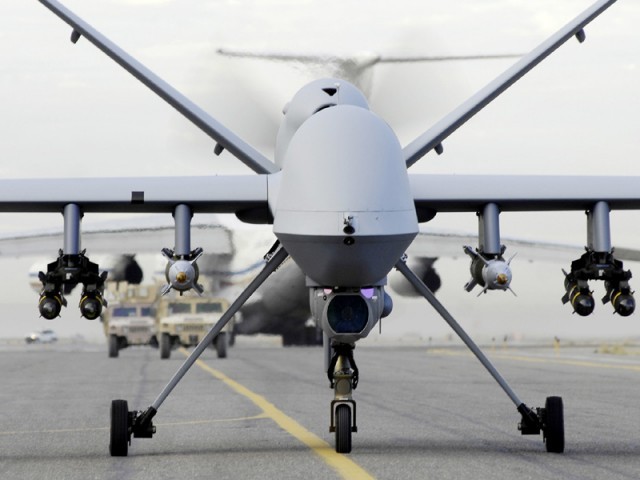 NORTH WAZIRISTAN: Four people have reportedly been killed in a US drone strike in North Waziristan.

According to local sources, two missiles destroyed a house in Khushali Toori Khel area of Tehsil Mir Ali in North Waziristan. Locals said four people had so far been killed in the attack, however the casualty figures are expected to rise.

Locals have begun a rescue operation.

The US has stepped up its campaign of striking targets in Pakistani territories using their unmanned aerial vehicles as ties between the two allies remain troubled.