Afghan­istan is no more on the US foreig­n policy’s top priori­ties agenda­
By Azhar Azam
Published: January 18, 2020
Tweet Email 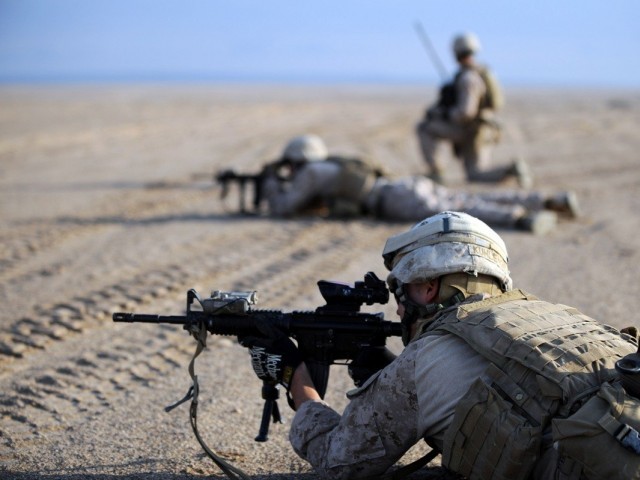 In December 2014, former US President Barrack Obama formally announced the end of the 13-year US combat mission — Operation Enduring Freedom (OEF) or the war in Afghanistan — claiming that the longest war in American history had come to a “responsible conclusion”.

After Trump’s 2017 Afghanistan strategy to launch hostile military campaign on Afghan Taliban and rebuke Pakistan backfired, US Secretary of State Mike Pompeo appointed Zalmay Khalilzad to a newly-created post of Special Representative for Afghanistan Reconciliation in September 2018 to oversee the looming peace talks with Afghan Taliban in Qatar and hold consultations with Afghanistan, Pakistan and other regional governments.

Khalilzad frequently trekked to Islamabad and exhorted the Afghan-adjacent country to use its influence in bringing Taliban to the negotiation table for a political settlement. In September, Pompeo and Chairman of the Joint Chiefs of Staff Gen Joseph Dunford arrived in Pakistan to retune the stained US-Pakistan diplomatic and military relations.

The influx of large number of top US political and military officials in Pakistan and the subsequent Trump’s letter to Prime Minister Imran Khan — which sought Islamabad‘s assistance and facilitation for a political settlement in Afghanistan — underscored Pakistan’s pivotal role in brokering peace dialogue between the US and the Taliban and eventually providing a willowy exit to the world’s most powerful military from Kabul.

Perceiving that peace and stability in the devastated land was a shared responsibility, Islamabad responded earnestly and afterward played a pivotal role in persuading the Taliban to kick off a peace dialogue with Washington which started in Doha, Qatar within the next few months.

Pakistan’s role in facilitating Taliban-US talks was greatly appreciated by the US. In its 2019 report to the Congress, the US Department of Defense (DOD) admitted Pakistan’s active patronage for Afghan reconciliation and its contributions in bringing the Taliban to the negotiation table. The report further acknowledged that Pakistan security forces were fighting and conducting counterterrorism operations against US-designated terrorist organisations ISIS-K and AQIS.

Unfortunately, Pakistan’s efforts were tainted after Trump busted the peace talks with the Taliban through a cascade of his tweets on September 8. While the US president accused the armed group of building “false leverage” by continuing their attacks — in reality, the US forces assumed the very same pugnacious maneuvers to strengthen Washington’s bargaining position.

Amid extensive peace talks, the US dropped 613 and 753 weapons in the months of July and August respectively in Afghanistan. US Commander in Afghanistan General Austin Miller’s remark that America had “dialed up” military pressure on Taliban “to shape the political pressure” and keep them on the negotiation table was a brusque confession that the US wronged the Afghan civilians for its strategic interests.

Again Afghan civilians fell prey to the offensives from either side and their casualties increased 42% year on year in the third quarter of 2019 to reach a total of 8,239. Pro and anti-government forces were approximately equally indictable for the sharp rise in Afghan civilian fatalities.

It is hence pretty pellucid that Afghanistan is no more on the US foreign policy’s top priorities agenda. Indeed, it had decided to leave the war-torn country in 2014 when it ended OEF and initiated OFS/RSM. Ex-National Security member riposte to SIGAR the same year “your job was not to win, it was to not lose” gave a clear-eyed view of the US backdoor withdrawal strategy in Afghanistan.