Iran was spooked by reports of US F-35s when it downed airliner: Russian FM

Iran was spooked by reports of US F-35s when it downed airliner: Russian FM

Sergei Lavrov calls incide­nt a human error and says he is not trying to excuse anyone for what happen­ed
By News Desk
Published: January 17, 2020
Tweet Email 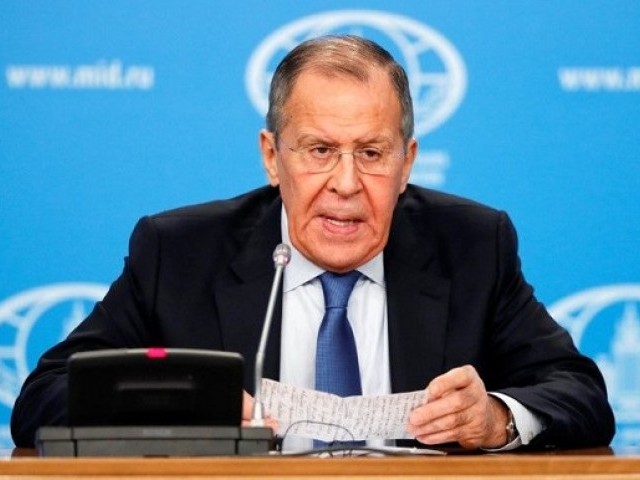 Russian Foreign Minister Sergei Lavrov said on Friday that Iran’s accidental shooting down of a Ukrainian airliner last week occurred at a time when Tehran was spooked by reports of advanced United States stealth fighters in the area.

“There were at least six [US] F-35 fighters in the air in the Iranian border area [at the time]. This information has yet to be verified, but I’d like to underline the edginess that always accompanies such situations,” Lavrov said.

Iran’s downing of Ukraine International Airlines flight 752, which killed all 176 people aboard, has created a crisis for the Islamic Republic’s clerical rulers who have faced days of protests after the Iranian military admitted it had shot down the plane accidentally.

Lavrov, speaking at his annual news conference in Moscow, called the incident a human error and said he was not trying to excuse anyone for what happened.

But he said it was important to understand the context and that the incident had occurred hours after an Iranian missile attack on US bases in Iraq, when Iranian forces were braced for some kind of US military retaliation.

“There is information that the Iranians were expecting another attack from the United States after the strike but did not know what form it might take,” said Lavrov.