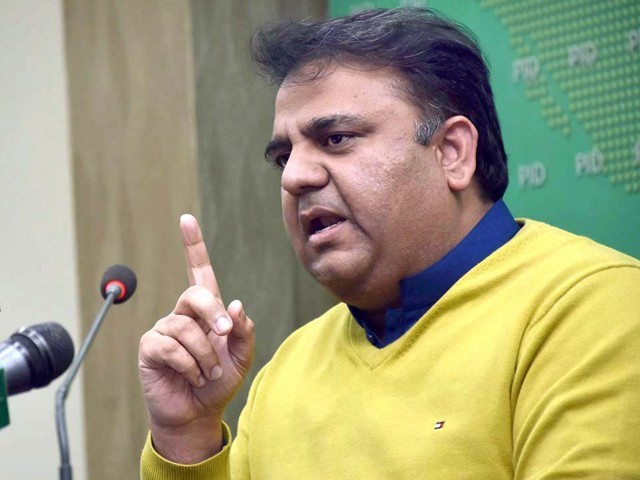 ISLAMABAD: All is not well within the governing coalition. Not only allies are drifting away, but PTI’s own MPs and ministers also appear to be disillusioned. And they are not hiding it.

Minister for Science and Technology Fawad Chaudhry is said to have rebuked the Chief Minister Usman Buzdar-led government in Punjab for its “below-par performance”. The outburst came in a meeting of the ruling party’s core committee convened in Islamabad on Thursday, according to sources.

“The Punjab government is failing to deliver, and this is piling pressure on the PTI [government at the Centre],” the sources quoted Fawad as saying in the meeting. The provincial government has failed to live up to the expectations politically as well as administratively, he added.

Fawad’s outburst wasn’t spontaneous. It shows shouldering grievances within the ruling coalition as well as within the ruling party are finally igniting. It became all the more evident in Wednesday’s sitting of the National Assembly where PTI lawmakers accused some federal ministers of selling jobs in their respective ministries.

“Twenty-one jobs were sold out in the railways ministry for Rs150,000 each. I can provide a list,” Sardar Riaz, a PTI MP from Rajanpur, alleged while speaking on the floor of the house. The allegation was dismissed by the parliamentary secretary, though.

The sci-tech minister claimed that out of the Rs350 billion development budget, the Punjab government has so far released only Rs77 billion. “Development funds are not being transferred to the districts,” he added.

The provincial government was quick to rebut “incorrect statistics”. “Out of the total Rs350 billion development budget, Rs42 billion has been set aside for public-private partnership projects, while the government has released Rs179 billion, or 58% funds, allocated for the Annual Development Plan (ADP) by Jan 15,” Musarrat Jamshed Cheema, the Punjab government’s media adviser, said in a statement.

Fawad later sought to take the sting out of his outburst in a Twitter post. “This is not an issue of the Punjab government but a matter pertaining to distribution of resources. Arbitrary funds of chief ministers are against Article 140A … the provinces should transfer funds to districts the same way the Centre does it to the provinces … the chief ministers considers themselves kings and this is against public interest,” he wrote in a tweet.

He also penned a letter to Prime Minister Imran Khan requesting him to take notice of the issue. According to Article 140A, each province shall, by law, establish a local government system and devolve political administrative and financial responsibility, and authority to the elected representatives of the local governments.

“It is noted with great concern that provinces have been continuously violating Article 140A of the Constitution and the grossest violation is the inequitable distribution of funds among the districts as a matter of fact, Punjab receives the highest share in the National Finance Commission Award, but since Mian Muhammad Shahbaz Shareef took over Punjab as the Chief Minister, he had immediately halted provincial National Finance Commission Award, which is a serious violation of the Article 140A of the Constitution,” Fawad wrote in the letter.

He regretted that the incumbent PTI government, despite the passage of 16 months, has yet not announced the provincial NFC Award which, according to him creating disappointment and disillusionment among the population.

Fawad requested the prime minister to take notice of the “vivid and flagrant violation of the Constitution and direct the provinces, especially the government of Punjab to immediately ensure compliance of the Article 140A and the Provincial National Finance Commission Award may be announced in accordance with the prescribed formula”.

Lack of development funds is a recurring complaint. It is creating estrangement between the government and its allies. The MQM-P was the first to articulate this long-suppressed grievance in a move to pressure the government to carry out development projects in the urban centres of Sindh, which is its stronghold.

The Grand Democratic Alliance, PML-Q, Balochistan Awami Party and BNP-Mengal followed suit, putting the government under a lot of pressure and fuelling speculations about the future of the PTI-led governing coalition.

While government negotiators are having a tough time to win back the estranged allies, mounting complaints from within the ruling party could only make things worse for the government. 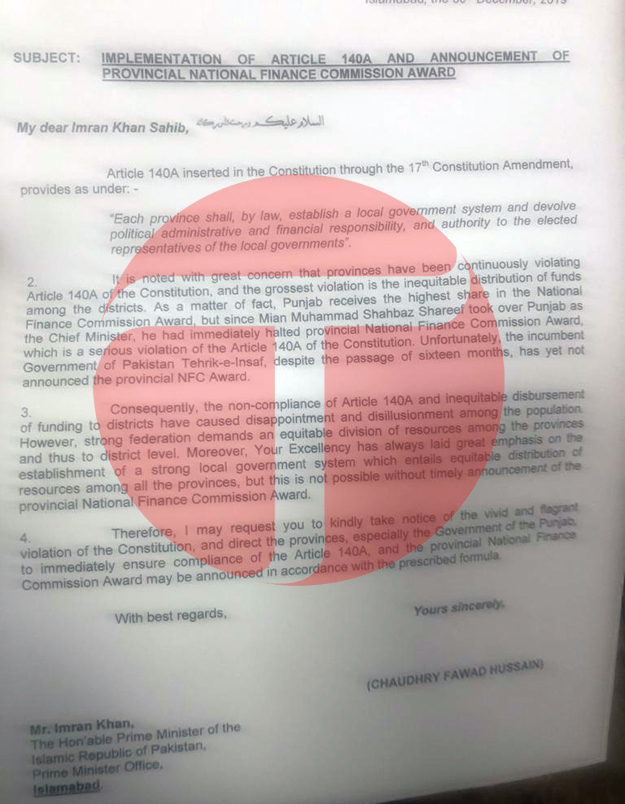