Social media sensat­ion says agency is harass­ing her and not disclo­sing why she is being invest­igated­
By ​ Our Correspondent
Published: January 16, 2020
Tweet Email 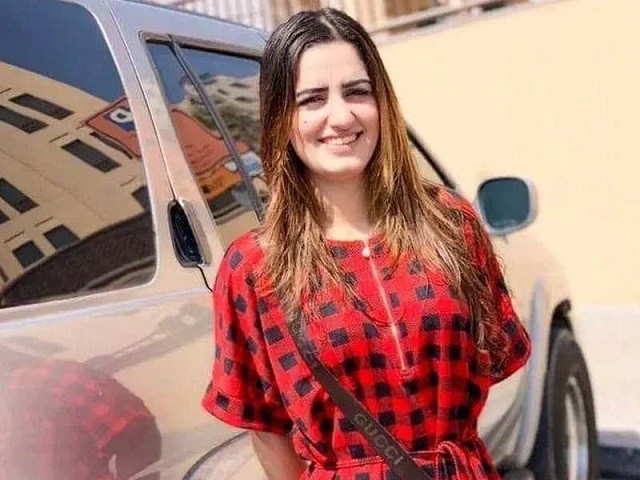 Social media sensation says agency is harassing her and not disclosing why she is being investigated. PHOTO: FACEBOOK/Sundal Khattak

LAHORE: TikTok sensation Sandal Khattak, whose viral videos with her friend Hareem Shah have generated a lot of controversy, on Thursday filed a petition with a sessions court requesting that the Federal Investigation Agency (FIA) should be restricted from conducting an inquiry against her.

In her petition, the online celebrity maintained that the FIA was harassing her and she had no clue as to what the investigation was about.

She added that the FIA had summoned her October 28 and November 5 but she had not been informed about why the agency was conducting an inquiry against her.

She pleaded that she was an innocent citizen who had never participated in any illegal activity and the FIA should be stopped from harassing her.

The sessions judge set the date of hearing on February 4 and issued notices to FIA officials, directing them to give an explanation for their actions.

Hareem Shah made headlines in October last year after she uploaded a short video clip in which she can be seen roaming around the conference room at the Ministry of Foreign Affairs.

It stirred up a storm with even Prime Minister Imran ordering a probe of how Hareem was allowed into the consular-only premises and given the access and support required to record a video that, as expected, went viral.

Last month, she also shared an “indecent video call”, in which she purportedly be seen speaking to a federal minister. She can be heard saying: “Listen to me, have I ever revealed anything of yours until now? Then why don’t you talk to me anymore?”

Hareem and Khattak later went on to claim that they had the videos of several leaders of the ruling PTI in their possession but they did not wish to share them.

The controversy took a new turn when Federal Science and Technology Minister Fawad Chaudhry slapped TV anchor Mubasher Lucman at a wedding in Lahore for linking him with Hareem on his show.

On Wednesday, the Senate Standing Committee on Information Technology and Telecommunication regretted that Hareem and Sandal had become top trends on Twitter in Pakistan. Its members stressed the need for legislation on posting of pictures without permission and defamation [of lawmakers] for the sake of money. They also urged imposition of Rs5 million fine and seven-year imprisonment for the culprit.

The committee was of the view that the actions of the two girls were a breach of privacy and should be considered a cybercrime.
Senator Faisal Javed said. “Disturbing privacy of any individual should be discouraged. The FIA and cybercrime department are not implementing the laws.”