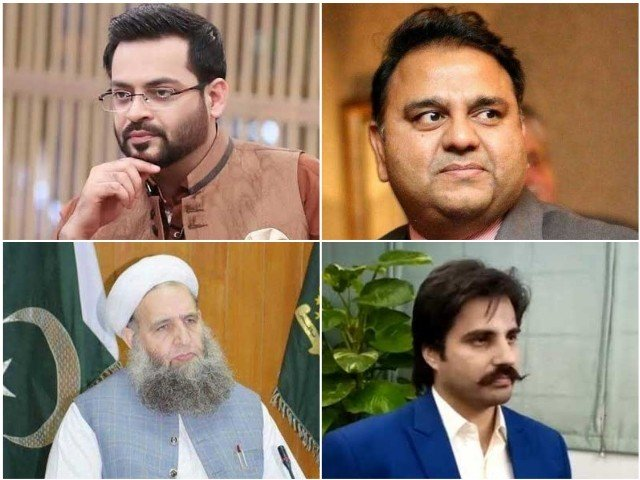 ISLAMABAD: The Election Commission of Pakistan (ECP) on Thursday suspended the membership of 318 members of parliament, including 70 members of the National Assembly (MNAs) and 12 senators, for not meeting the deadline for filing statement of the assets.

Minister for Science and Technology Fawad Chaudhry, Law Minister Farogh Naseem and Minister for Religious Affairs Noorul Haq Qadri are among the 318 lawmakers whose membership of Senate, federal and provincial assemblies has been suspended by the Election Commission of Pakistan (ECP).

Among the 236 provincial assembly members (MPA), who missed the deadline for submitting the details of their assets and liabilities and those of their family members, 115 belonged to Punjab, 60 from Khyber Pakhtunkhwa, 40 from Sindh and 21 from Balochistan.

Section 137 (1) of the Elections Act, 2017, reads: “Every Member of an Assembly and Senate shall submit to the Commission, on or before 31st December each year, a copy of his statement of assets and liabilities including assets and liabilities of his spouse and dependent children as on the preceding thirtieth day of June on Form B.”

The law also provides for what can be called a grace period of 15 days. Section 137 (3) of the Elections Act reads: “The Commission shall, on the sixteenth day of January, by an order suspend the membership of a Member of an assembly and Senate who fails to submit the statement of assets and liabilities by the fifteenth day of January and such Member shall cease to function till he/she files the statement of assets and liabilities.”

According to the Section, members who fail to submit the statements by January 15, will be suspended until they turn in relevant documents.

The ECP, traditionally, gives two more weeks to the legislators besides the deadline after which the names of non-complying lawmakers were notified and the relevant legislatures were moved to bar them from attending sessions.