He sniffs out the scent of their fur or their faeces­
By Reuters
Published: January 16, 2020
Tweet Email 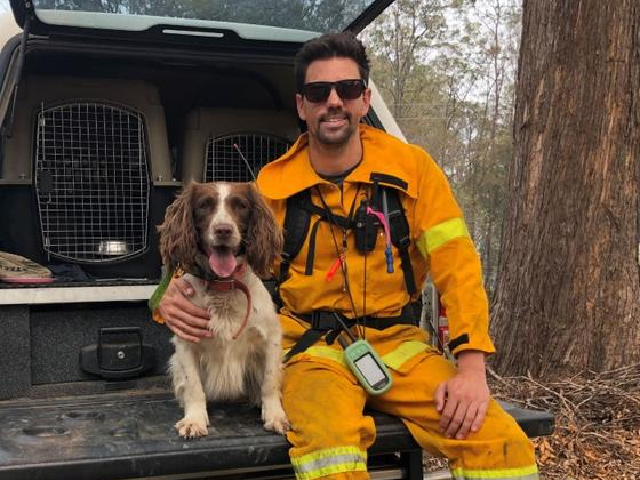 SYDNEY: Taylor, a 4-year-old English springer spaniel, has been among the hard working rescuers during Australia’s bushfire crisis.

When told: “Koala, Find!”, Taylor ventures out into burnt-out bushland, finding injured marsupials by sniffing out the scent of their fur or their faeces, also known as scat. Each time she finds a koala, she is rewarded with a tennis ball or culinary treat.

The fires have killed 29 people and razed bushland across an area the size of Bulgaria.

Australia’s koala population has also been severely affected. In New South Wales state alone, officials estimate 30% of koala habitat – eucalypt woodlands, which they use for both food and shelter – may have been lost.

An A$50 million emergency wildlife recovery program launched by the federal government earlier this week will focus on the survival of the iconic native animal.

Taylor, meanwhile, has been focused on finding injured koalas since she was just a few months old and is now an expert.

“In ideal conditions where the air is still, the smell of the animal actually drops down from the tree and Taylor can smell them, she’ll sit right below them and point up to them and show us where they are,” said trainer Ryan Tate.

He runs the Tate Animal Training Enterprises, which specializes in detector dog services.

“In high wind conditions or in difficult conditions, she’s also trained to find their scats and when she finds fresh scats, we can let the experts know where the scats are and they will scan the canopy and usually find the animal,” Tate said.

The koalas’ heavy fur and tendency to climb higher when threatened are severe disadvantages in fast-moving bushfires.

Several of the koalas found by Taylor have been treated at Port Macquarie’s Koala Hospital, a specialist facility and tourist attraction that has been overrun in the current crisis.

Officials have said the full extent of the damage to the koala habitat will not be known until the fires are out, which is likely several months away.

FM Qureshi reaches Washington for high-level moot with US officials