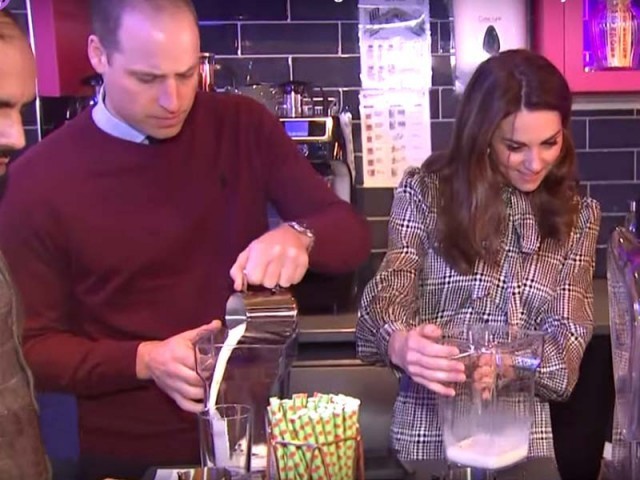 The royal couple at MyLahore. SCREENGRAB

The Duke and Duchess of Cambridge on Wednesday visited a British Asian restaurant, MyLahore, in Bradford – one of the flagship restaurants in the city of the United Kingdom.

Surprisingly, Prince William and Kate Middleton went into the kitchen and made kulfi and mango milkshakes, according to an official statement.

Founded in 2002, MyLahore is a restaurant chain which has taken inspiration from the city of Lahore. The Duke and Duchess of Cambridge visited Lahore during their tour to Pakistan in October last year.

In Lahore, they visited SOS Children Village and Shaukat Khanum hospital – a charity visited by Princess Diana. They visited the famous Badhshahi Mosque, where they joined clerics to discuss religious tolerance. 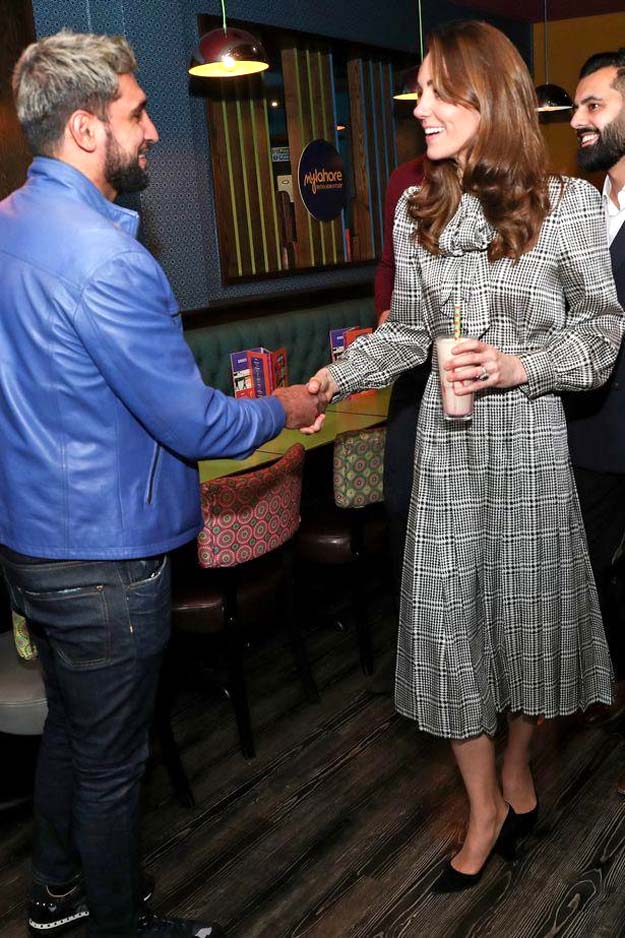 Renowned British-Pakistani boxer Amir Khan, who is a friend of the family who own MyLahore, met the royal couple and spoke with them about his boxing foundation and mental health in sport.

During their Bradford trip, one of the UK’s most diverse cities, William and Kate also visited a number of projects supporting local communities.

The royal duo also met representatives from the UK Women’s Muslim Council and those who have benefitted from the Council’s Curry Circle.

The Curry Circle, which is sponsored by MyLahore, is an initiative that provides a hot two-course meal for people who are homeless or struggling to feed themselves.

The visit of the Royal Highnesses to MyLahore in Bradford is one example of this which showcased not only great Pakistani food and a great business, but also brilliant work to help those in need, he added.