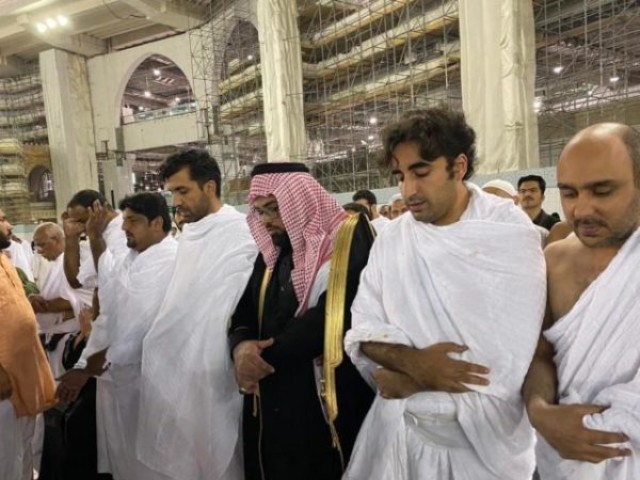 ISLAMABAD: Pakistan Peoples Party (PPP) chairman Bilawal Bhutto Zardari is currently on a trip to the Kingdom of Saudi Arabia where he performed Umrah late on Tuesday.

Bilawal was last active during days leading up to the passing of amendment bills pertaining to tenures of services chiefs and chairman joint chiefs of staff committee.

Maintaining that the amendments should not pass through the Parliament in haste, Bilawal had warned against violating democratic norms in the process.

The party had submitted amendments to the Army Amendment Act 2020, the Navy Amendment Ordinance 2020 and the Air Force Act 2020, and also contacted other opposition parties for fine-tuning it.

The PPP, however, backtracked on the amendments on the day the bill was tabled before the lower house of the Parliament. The surprising move came after PPP leaders’ meetings with a Minister of Defence Pervez Khattak-led Pakistan Tehreek-e-Insaf delegation.

Bilawal, however, did not attend the meeting prior to the NA session. He was also missing from the August House when the amendment bills were passed by the NA.