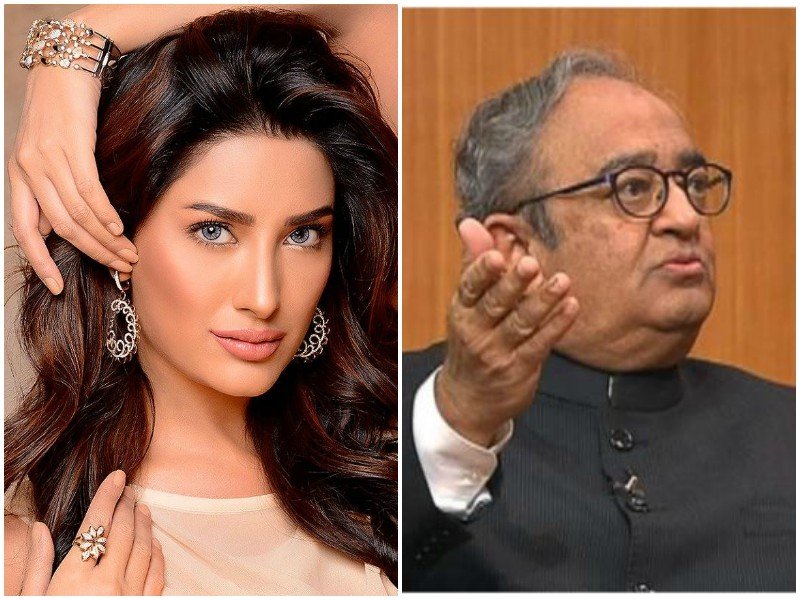 A clip from Mehwish Hayat's film Load Wedding did rounds on Twitter after Tarek Fatah posted it as a real-life event. This led to the celebrity clapping back at Fatah.. like a boss!

"What is your problem?" the lady responds to the polio worker in the video, "I will not get my children vaccinated for polio, never! My children will get diarrhea after that and I do not have the money to go back and forth to the hospital. These drops are worth Rs 800 right? get me groceries worth that much instead."

Fatah tweeted the video with the text, "Pakistani mother slams the door shut in the face of Polio workers. Screams at the two female volunteers."

Being shot from a phone on a rooftop with Hayat facing away from the camera, it is difficult to tell if it was a leaked video or something from the film's actual BTS. The voice of the actor is also not audible.

"Thank you for giving your two cents on the matter but please verify the source before posting next time," said Hayat as she pulled the verbal trigger. "This is a scene from my movie Load Wedding with me playing the polio worker and that woman being an actress," she continued.

"Through the film, we were raising awareness of the issue and I'm glad to see our performances were so convincing," concluded the star as she fired the verbal bullet.

Hahaha tarek fatah has gone nuts.. he is actually posting the scene of a Pakistani movie.. I have watched that movie and it was the first Pakistani movie I watched like after ages .. u and fahad were brilliant and that guy who played aamir liaquat hussain was just outstanding 👏