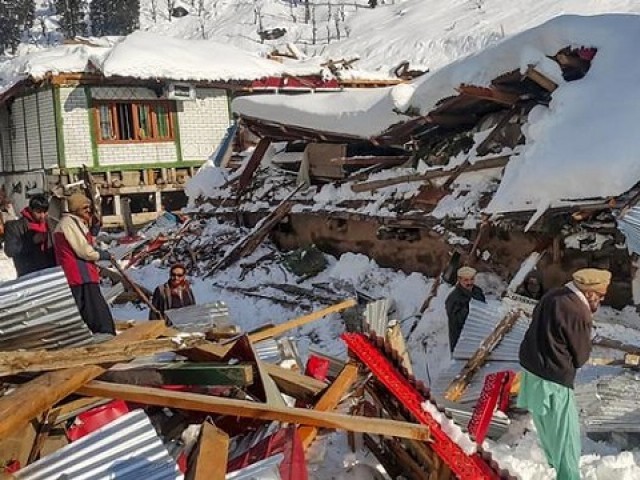 ISLAMABAD: Azad Jammu Kashmir (AJK) President Sardar Masood Khan on Tuesday expressed deep sorrow over the loss of 60 precious lives as well as injuries to a large number of people affected by avalanches and landslides in Neelum Valley and other parts of the region.

While ordering the district and local administration to expedite relief and rehabilitation operations, President Masood also directed the health department and other concerned organisations to provide timely medical aid to the injured, and take steps to extend food and residential facilities to the displaced people.

The AJK president also paid heart-felt gratitude to the armed forces of Pakistan for immediately launching rescue and relief operations in the calamity-hit areas during the mishap — that had claimed 40 lives in Sargan Bakwali area of Neelum while twenty others lost their lives in Kel, Lawat and other parts of the valley.

He also assured firm stand of Azad Kashmir government to grant all rights to the people of Gilgit-Baltistan (G-B) without affecting the ongoing movement for the right of self-determination in Indina Occupied Jammu and Kashmir.

Referring to his last visit to G-B, Sardar Masood Khan said that during meetings with the governor, chief minister, members of the cabinet, members of bar council, media and civil society, he had explained his stand about the rights of the people of the region.

“I was happy to note that the people of Gilgit-Baltistan had strong commitment to the right of self-determination of the Kashmiri people, and they were prepared to offer every sacrifice for the supreme cause,” he said.

Underscoring the enthusiasm of youth from G-B during his visit to Karakoram University, President Masood said that the youth were not only imbibed with the spirit of getting education but they also had a clear vision of the construction and development of the region and prosperity of the people.

“We had opened the doors of universities of Azad Kashmir to the students of Gilgit-Baltistan so that they progress in the field of education, science and technology,” he added.

Speaking on the occasion, Ashraf Sada thanked President Masood for taking personal interest in providing facilities to the students of Gilgit-Baltistan in the educational institutions of Azad Jammu and Kashmir.