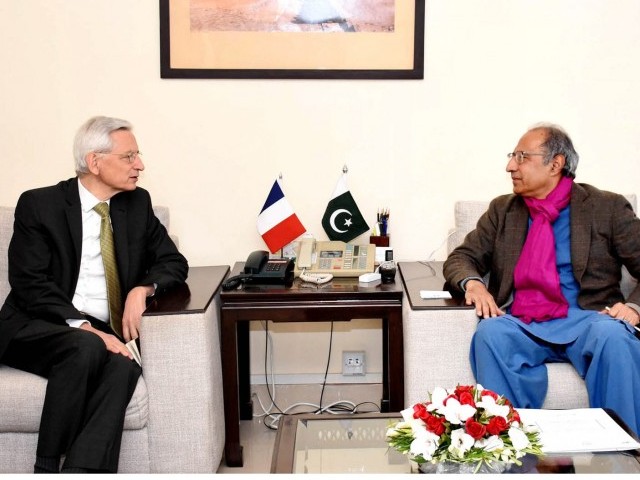 In a meeting with Ambassador of France Marc Barety, the adviser said that the government has worked very hard to pull the economy out of the critical state as it was in 2018.

“The stage is now set for greater stabilisation and enhanced domestic productivity that would help overcome inflation, boost businesses and create more employment opportunities,” he said.

Shaikh said that the government was focusing on revitalising the agricultural sector and several mega projects had been approved for improving irrigation management, watercourses and construction of water storage facilities at the farm level.

The government had doubled the social safety budget from Rs100 billion to Rs190 billion while it had also recently revamped its cash transfer programme by replacing nearly 0.8 million people with more deserving people.

The government had also recently launched a special food package at the cost of Rs7 billion to provide essential food items at reduced rates through the utility stores to the poor segment of the population adversely affected by the food inflation, he added.

On the macroeconomic front, the government had brought down the current account deficit from $20 billion to $13 billion which would be further reduced to $8 billion later this year, he assured.

Revenue collection had jumped by 16% and foreign direct investment had gone up by 280% in the current financial year. Similarly, Pakistan’s exchange rate had begun to stabilise due to enhanced external flows while the Pakistan Stock Exchange had been declared by Bloomberg as the best performing market in the world, he added.

Also speaking on the occasion, the ambassador commended the work done by the government in introducing institutional reforms and achieving stability and growth. He said that both France and Pakistan enjoyed an excellent relationship and hoped that the relationship would further strengthen in the coming days through greater economic collaborations and business partnerships.