'Irresponsible Indian rhetoric' can have implications on regional peace: army

'Irresponsible Indian rhetoric' can have implications on regional peace: army 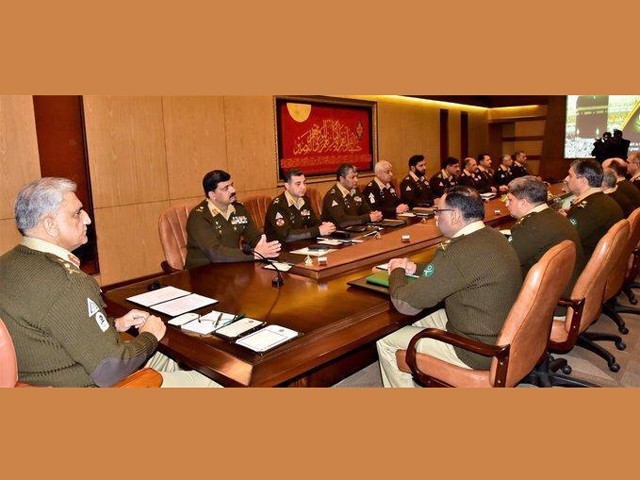 Pakistan Army has condemned the recent provocative statements by Indian military, terming them “irresponsible rhetoric” which could have implications on regional peace and stability.

The remarks were made in the 228th Corps Commanders’ Conference presided over by army chief General at the GHQ in Rawalpindi on Tuesday.

Statements of Indian mil ldrship against Pak are irresponsible rhetoric with implications on regional peace and stability.
“We shall cont to play our resp & positive role for regional peace without compromising national security & def of motherland at whatever cost”, COAS.(2/2). pic.twitter.com/w2qMbZxiPi

General Manoj Mukund Naravane – who earlier this month threatened to carry out “preemptive strikes” in Pakistan – said on Saturday that the Indian army would take steps to take control of AJK if the Indian government gave such an order.

Internal security, situation along borders, the Line of Control, Indian Occupied Kashmir as well as the evolving situation in the Middle East with reference to US-Iran relations following the killing of Iranian General Qasem Soleimani, and Tehran’s retaliatory strikes, also came under discussion.

“Pakistan is one of the lead participations with significant contributions towards peace and stability efforts in the region, the military’s media wing quoted the army chief as saying. “We shall continue to play our responsible and positive role towards this end without compromising national security and defence of the motherland at whatever cost.”

Pakistan has urged all sides to exercise maximum restraint and avoid taking any further escalatory steps to defuse tensions in the Middle East.

Afridi dares Sanaullah to face trial ‘like a man’