Boris Johnso­n says 'Trump deal' would be 'a great way forwar­d', but did not specif­y the detail­s of the propos­al
By AFP
Published: January 14, 2020
Tweet Email 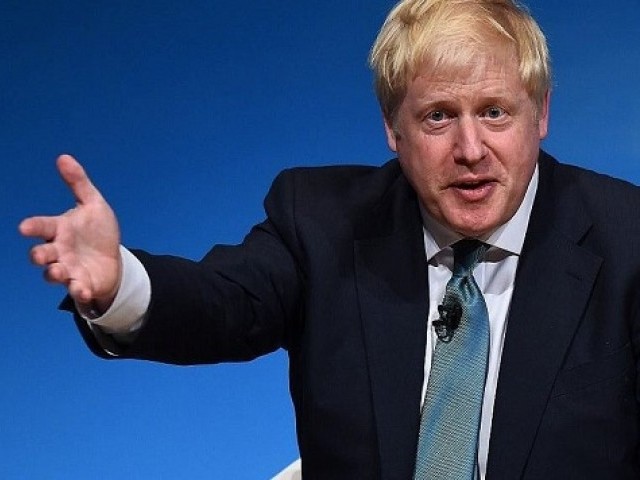 Boris Johnson says 'Trump deal' would be 'a great way forward', but did not specify the details of the proposal. PHOTO: AFP

LONDON: British Prime Minister Boris Johnson said on Tuesday he would be willing to work on a “Trump deal” to replace an international accord designed to stop Iran from developing nuclear weapons.

“If we are going to get rid of it then we need a replacement,” Johnson said of the 2015 nuclear deal that Britain and other European powers have been trying to salvage since President Donald Trump pulled the United States out in 2018.

Britain, France and Germany announced on Tuesday they were launching a dispute mechanism under the deal, known as the Joint Comprehensive Plan of Action (JCPOA), because Iran was not meeting its commitments.

Johnson said a “Trump deal” would be “a great way forward”, but did not specify the details of the proposal.

His idea stands at odds with Tuesday’s statement from Britain, France and Germany, which expressed “determination to work with all participants to preserve” the deal.

“From the American perspective it’s a flawed agreement, it expires, plus it was negotiated by (former) President Obama,” Johnson said.

“President Trump is a great deal-maker, by his own account and many others. Let’s work together to replace the JCPOA and get the Trump deal instead.”

Tehran has wound down its compliance since the American withdrawal and last week, British Foreign Secretary Dominic Raab said the non-compliance had become “so acute” that European powers were looking at taking action.

He said London wanted to see Iran “come back to full compliance” and said triggering the dispute resolution mechanism was one option.
The mechanism could ultimately lead to the UN Security Council reimposing sanctions on Iran.