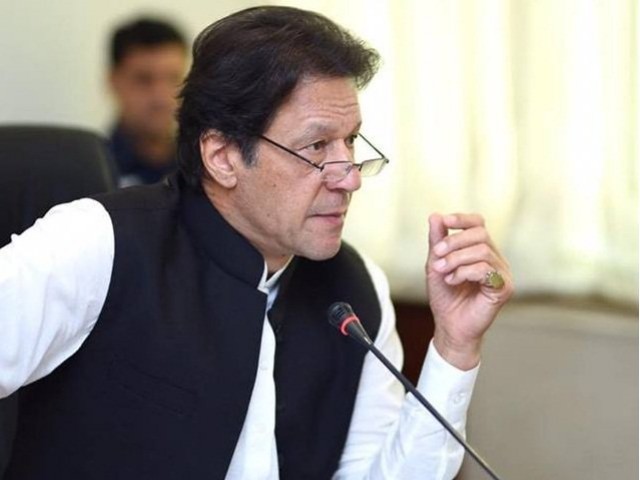 A delegation of the Federation of Pakistan Chambers of Commerce and Industry (FPCCI) met with PM Imran and sought urgent relief to save the industries.

However, the PM did not endorse these demands but once again showed his government’s desire to relax the conditions the moment economic stability is achieved, according to the participants of the meeting.

PM’s stance was in line with the advice of the State Bank of Pakistan that last week in its quarterly report emphasised upon continuation of adjustment process despite admitting weakening economic activities.

“It is important to continue with the adjustment process despite weakening economic activity, as well as the visible stability gains in terms of the falling twin deficits,” stated the central bank’s first quarter report. The policy continuation was warranted given the lingering vulnerabilities in the economy and the chronic nature of the structural weaknesses, it added.

“We did not get positive response from the government and the message was that at this stage no relief can be provided due to ongoing economic stabilisation policies,” said the new President of the FPCCI, Mian Anjum Nisar.

“If the government did not immediately remove these irritants, the industrial units, which are already running at 40% of their capacity, may start falling sick,” said Nisar.

As part of the International Monetary Fund (IMF) programme, the Pakistan Tehreek-e-Insaf (PTI) government has slowed the economic wheel to restore macroeconomic stability whose initial signs have started appearing in this fiscal year.

However, prime minister’s reluctance to accept the demands of cutting the interest rates and reducing energy prices for industries was not going in line with his public statement regarding declaring  2020 as a year of economic revival. The industry’s demand of withdrawing the CNIC condition was unjustified.

“We have requested the prime minister to abolish the condition of CNIC, as the industry was already paying 3% additional sales tax on sales being made to the non-registered persons,” said Nisar. “The CNIC condition was a hanging sword and our concern is that the FBR’s auditors can exploit it.”

Introduced in July 2019 by the Federal Board of Revenue (FBR), the CNIC condition remains suspended till January 31 due to traders’ refusal to accept it.  The FPCCI president said that the FBR refused to withdraw the condition and instead said that if the industry did not provide the CNIC the tax authorities would not allow input sales tax adjustment.

In its quarterly report, the SBP also stressed the need to continue with the “announced documentation-related measures in order to bring the needed diversification in the revenue base”.  The FBR is also currently passing through a phase of uncertainty after its chairman Syed Shabbar Zaidi went on a 15-day medical leave, giving rise to speculations that he may not return. However, Zaidi tweeted on Saturday aimed at ending these speculations.

The FBR on Monday also gave look-after charge of Member Inland Revenue Operations to Syed Nadeem Hussain Rizvi during the leave period of Seema Shakil with effect from January 13, 2020 to January 24, 2020. Shakil did not attend office since Zaidi has gone on leave. She sought fresh leave due to a medical issue in her family.

Nausheen Javaid Amjad is presently looking after the work of chairman FBR.

The central bank has currently kept the interest rates high at 13.25%, which according to almost all independent economists, is done to attract hot foreign money. So far, the foreign banks have bought over $1.6 billion worth of government debt at very lucrative interest rate of around 13.5%.  The core inflation is currently around 7.5% and the banks are making windfall gains due to high interest rates.

The double-digit interest rates have adversely affected the industries, which the central bank has also admitted in its quarterly report.  “On the whole, a number of industries within the large-scale manufacturing (LSM) struggled with inventory build-ups amid rising input costs during the quarter. With gross margins squeezed and financing costs rising, firms scaled back their operations to save their bottom lines from dropping further,” according to the SBP report.

The central bank said that the private sector credit, as a result of general slowdown in the manufacturing and commercial activities remained negative in the first quarter.

The government also refused to reduce energy prices and said that line and technical losses were very high and the government was currently recovering these losses through increasing electricity prices, said the FPCCI president.

Nisar said that electricity prices in Pakistan were almost double than India and the exporters were unable to compete with regional peers.