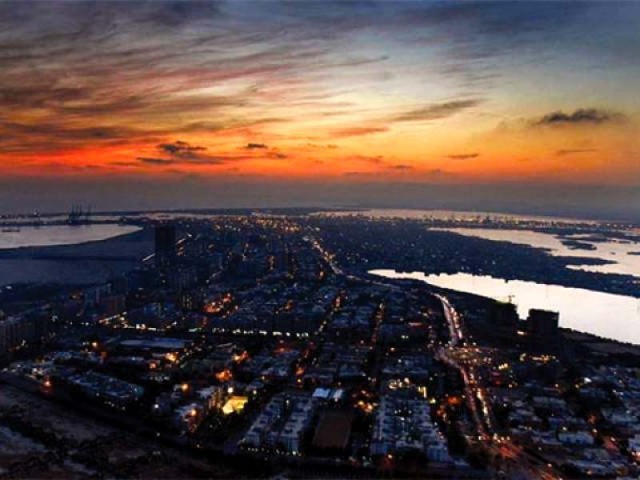 ISLAMABAD: Fitch – one of top three global ratings agencies – has kept Pakistan’s credit rating unchanged at B negative – for the second successive time, due to challenging external sector situation and weak fiscal and debt position.

But it said that steps have been taken towards addressing these issues and the implementation on the International Monetary Fund (IMF) programme was on track.

Fitch on Monday affirmed Pakistan’s “B negative” rating with a stable outlook against Pakistani authorities’ expectations of an improvement due to steps taken in past one year. It was for the second time in the past seven months that Fitch has rated Pakistan’s credit worthiness at B negative. Earlier, in June last year, Fitch kept the rating unchanged.

“The ‘B-’ rating reflects a challenging external position characterised by a high external financing requirement and low reserves, weak public finances including large fiscal deficits and a high government debt-to-GDP ratio, and weak governance indicators,” according to a press release that the rating agency released on Monday.

It forecasts that Pakistan will miss its annual economic growth rate target of 4%, the budget deficit target of 7.2% will be missed while the FBR will also miss Rs5.5 trillion tax collection target.

Fitch said that IMF’s Extended Fund Facility programme was on track, however, “implementation risks remain high in Fitch’s view, particularly given the politically challenging nature of the authorities’ reform agenda”. Fitch said that gross external financing needs are likely to remain high, in the mid-$20 billion range, over the medium-term due to considerable debt repayments and despite the smaller current account deficit.

“Sustaining inflows to meet these financing needs could prove challenging over a longer horizon without stronger export growth and net FDI inflows,” it added.

Pakistan’s general government debt rose to 84.8% of GDP, well above the current ‘B’ median of 54%, due to the currency depreciation, higher fiscal deficit, and build-up of liquidity buffers. Pakistan’s debt to revenue ratio also jumped sharply to 667%, compared with the historic ‘B’ median of 252%.

But Fitch acknowledged that Pakistan made progress to address these issues. The external vulnerabilities have been reduced over the past year.

Fitch forecasts a further narrowing of the current account deficit to 2.1% of GDP in the year ending June 2020 and 1.9% in FY21, from 4.9% in the last fiscal year. But the improvement came on back of import compression, as exports are forecast to grow modestly from a low base.

The ratings agency expected gross liquid foreign exchange reserves to rise around $11.5 billion by end of this fiscal year from $7.2 billion in June last year.  The government is consolidating public finances, but Fitch believes progress will be challenging due to the relatively high reliance on revenues to achieve the planned adjustment.

“Fitch believes the revenue target in the fiscal year 2019-20 budget is ambitious.” Nevertheless, the government’s efforts to broaden the tax base through its tax-filer documentation drive and removal of GST exemptions will contribute to stronger revenue growth in the current fiscal year.

It forecasts the fiscal deficit to decline to 7.9% of GDP or close to Rs4 trillion in this fiscal year. The government has budgeted Rs3.16 trillion or 7.2% of GDP budget deficit and Fitch has predicted nearly Rs900 billion slippage, which is massive and contrary to the government’s claim of fiscal consolidation.

“We expect expenditure to rise particularly as interest-servicing costs increase sharply on the back of higher interest rates,” according to the ratings agency. It said that Pakistan’s interest payments as percentage of the general government revenues will be 45% in this fiscal year, well above the historic peer median of 8.6%.

The general government debt-to-GDP will fall to about 80% by end-FY21 due to faster nominal GDP growth and fiscal consolidation. The government still has roughly 17% of GDP in upcoming domestic maturities in FY20 compared with the ‘B’ median of 6%, but has built up its cash buffer to partly mitigate rollover risk.

Tighter macroeconomic policies are further slowing GDP growth, which Fitch forecasts at 2.8% in FY20 from 3.3% in FY19. Inflation has also continued to rise sharply from the cost pass-through of the currency depreciation and increases in energy tariffs. Fitch forecasts inflation to average 11.3% in FY20 compared with 6.8% in FY19.

Sustained fiscal consolidation, for instance through a structural improvement in revenue, sufficient to put the debt-to-GDP ratio on a downward trajectory are also important for rating decision, it added.

The ratings agency has appreciated the adoption of a flexible exchange rate by the State Bank of Pakistan, said the Ministry of Finance. “Fitch has acknowledged improved fiscal discipline, ensured by the recently introduced Public Financial Management Act and the steps taken by the government to manage domestic debt risks following cessation of borrowing from the SBP,” stated the ministry.