CM Mahmoo­d says the provin­cial indust­rial policy is ready for consul­tation with stakeh­olders­
By ​ Our Correspondent
Published: January 14, 2020
Tweet Email 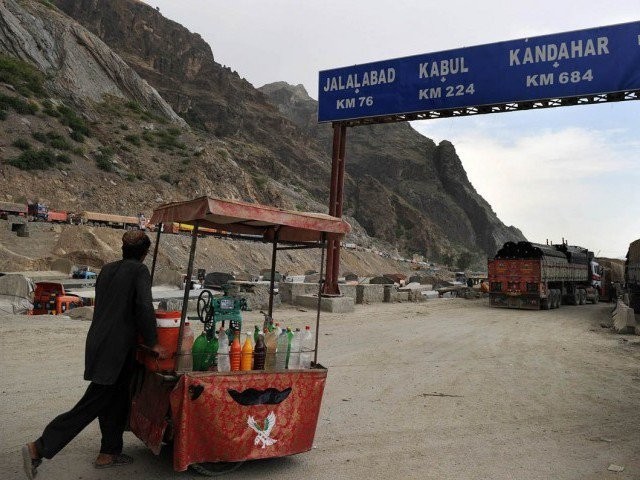 PESHAWAR: The opening of the Torkham border for operations around the clock has helped improve imports (duties) by Rs4.4 billion and exports by Rs32 billion at cost of Rs0.1 billion per year. Moreover, a provincial industrial policy is ready for consultation with stakeholders while work on an investment policy is in the advanced stage.

This was disclosed as Khyber-Pakhtunkhwa (K-P) Chief Minister Mahmood Khan on Monday chaired a meeting at the Chief Minister House regarding the steps taken to promote the ease of doing business.

Mahmood said that the provincial government is working to improve trade across borders.

He added that the provision of a friendly environment for investors through the ease of doing business is a top priority of the provincial government through which considerable revenue generation and self-sustainability of the province can be ensured.

In this regard, he was informed that an ease-of-doing-business cell at the K-P Board of Investment and Trade (KP-BOIT) is being created while they were also rolling out an online application system with an e-payment option whereas a favourable credit line for small to medium enterprises through the Bank of Khyber will also be launched soon.

Steps have also been taken to eliminate duplication of taxes and regulations regarding no-objection certificates (NOC), fee, tax, licences and other facilities to facilitate the investors at the maximum level.

“Promotion of the province at both domestic and international level as a preferred destination for investment by creating the enabling environment through the ease of doing business is the ultimate goal of the incumbent government,” Chief Minister Mahmood said.

The provincial government has constituted a committee under the K-P finance minister to contribute towards ease of doing business in K-P.

Through this committee, four consultative sessions with both public and private stakeholders, mapping of 66 regulations across 15 different departments of the province have been completed. The regulations cover various aspects including licences, permits, registration, no objection certificates, taxes, fee, inspections and identification of duplication of regulations.

The meeting was further told that the draft of revised K-P Industrial Policy 2020, is also ready for consultation with stakeholders while a draft of investment policy for newly merged areas is in the final stage. Similarly, the formulation of provincial trade and commerce strategy is also under process and has been shared with the industries department of the province.

CM Mahmood said the creation of enabling environment in merged districts should be the priority by focusing on the development of potential sectors including education sector with an emphasis on vocational and technical training. He particularly directed that the same regulations of departments should be simplified to one organization for the avoidance of duplication. The main objective is to create investment and business-friendly environment for both local and foreign investors and companies, he added.