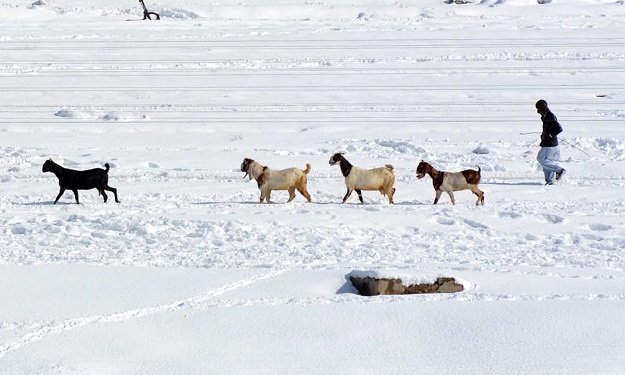 QUETTA / PESHAWAR / MUZAFFARABAD: At least 41 people have died across Pakistan as the country remains in the icy grip of a freezing cold snap with Balochistan and Azad Kashmir being the worst hit regions where heavy snow plummeted temperatures, clogged roads, snarled travel and brought life to a standstill.

The Provincial Disaster Management Authority says it can confirm at least 21 deaths in weather-related incidents across Balochistan. It has declared a state of emergency in the districts of Mastung, Qila Abdullah, Kech, Ziarat, Harnai, and Pishin.

Tons of snow was dumped on Khojak Top – the mountainous pass connecting Qila Abdullah with Chaman – snarling travel. The Chaman-Quetta highway was also clogged with motorists and travellers stranded out in the open in freezing temperatures.

Paramilitary Frontier Corps has been called out to help police clear the clogged roadways. Authorities have advised against unnecessary travel because the slippery, slushy mess on the roads is extremely dangerous for drivers.

Chief Minister Jam Kamal told the media that the situation is not normal and a high alert has been sent to local officials and rescue teams in their respective regions where up to four feet of snowfall has been reported so far.

“The government is on high alert and official teams are working round the clock for rescue work. We are managing to clear the roads and reach the stranded people and those in need,” he added.

As if it wasn’t enough, water and power supplies as well as communications system – including internet service – also gave in to the inclement weather.

The heaviest snowfall – two feet – was recorded by the Pakistan Meteorological Department (PMD) in Ziarat, while Quetta and Zhob each received more than a foot of snow. As for the rainfall, 56 millimeters was recorded in Turbat, 40mm in Pasni, and 26mm in Pishin.

For tourists, the snow has turned Quetta into a white fairytale land mesmerising to behold. They are flocking to the city with their families to enjoy snowfall. One of the main attractions for tourists is Prince Road – a pedestrianised food street of the city. Among the most popular delicacies are sujji, chapli kebab and fried fish.

The mountainous region of Azad Jammu and Kashmir (AJK) is also wrapped in a blanket of winter snow – and continues to receive more. Muzaffarabad Division’s Commissioner Imtiaz Ahmad has confirmed at least 16 deaths and another 10 missing in avalanches mainly in the remote Neelum Valley.

According to him, five people died when they were caught off-guard by an avalanche in Dakki Chaknar area. Separately, an avalanche buried three houses with families inside in Kundian Wala village of Kel area. Rescuers retrieved the bodies of a woman and her two children. A minor, meanwhile, died when the roof of her mud-house gave in to heavy snow in Ghori village of Dudnial area.

In another incident, a huge mass of snow fell on four schoolgirls when they were walking to their school in Lawat village of Neelum Valley. Three of them were rescued with injuries, but the fourth was not lucky enough.

Another 10 people are missing – and presumed dead – in another avalanche in the Surgan area, according to Commissioner Imtiaz.

AJK President Sardar Masood Khan has directed authorities to evacuate population from the areas worst hit by the inclement weather. “Every possible step should be taken to shift the affected population to safer places,” he added while seeking help from the Red Crescent Society and other humanitarian organisations for relief operations.

A Special Emergency Desk has been set up in the State Disaster Management Authority to monitor the situation. 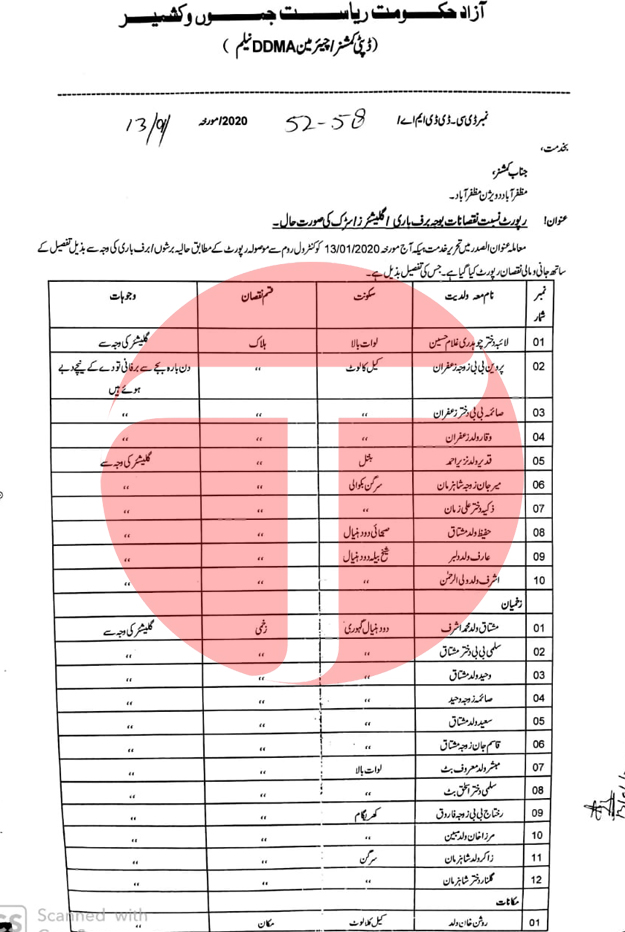 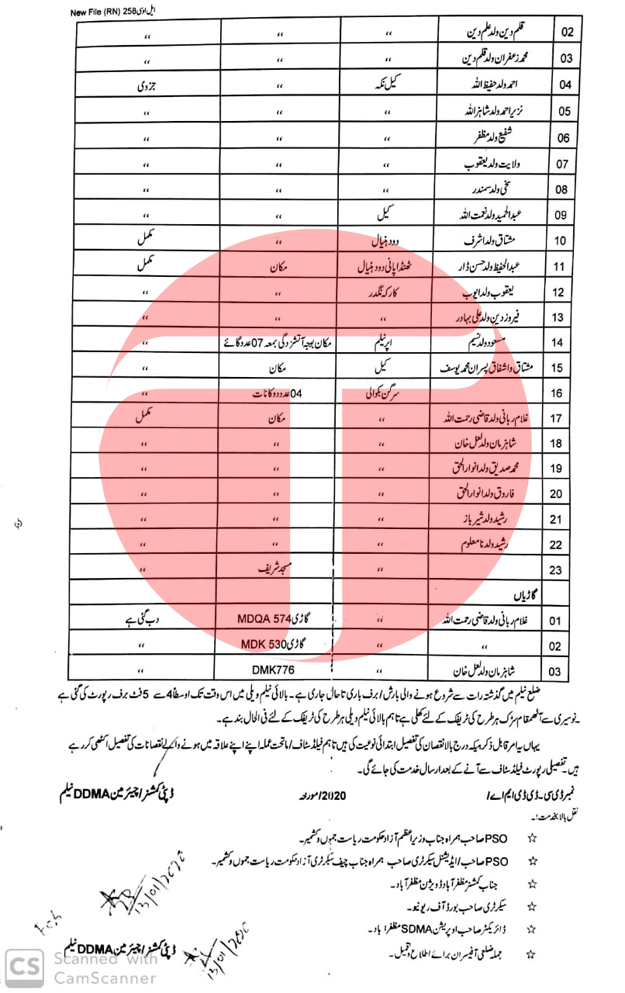 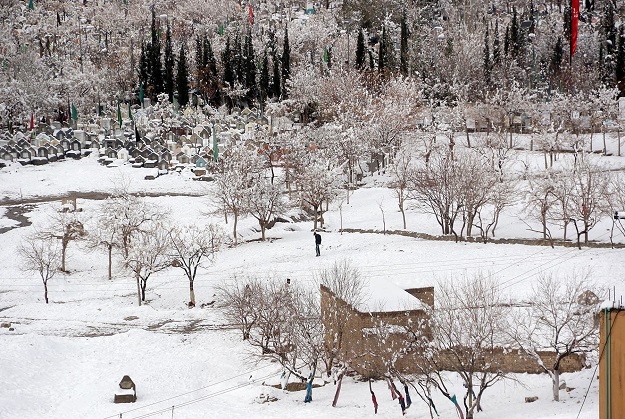 A man walks by a graveyard after heavy snowfall in Quetta. PHOTO: ONLINE

Winter rains further plummeted temperatures in the already freezing Punjab on Monday. At least five fatalities were reported in the province, mostly in road crashes and roof collapse incidents.

As the mercury drops so does gas and electrify supply in the urban centres of the province.

While the twin-cities of Islamabad and Rawalpindi continued to shiver in freezing winter rains, snow fell in the popular hill station of Murree and the Galiyat area on the confluence of Punjab-Khyber-Pakhtunkhwa borders. The main Murree highway was clogged with tourists stranded as authorities took time to clear the road. 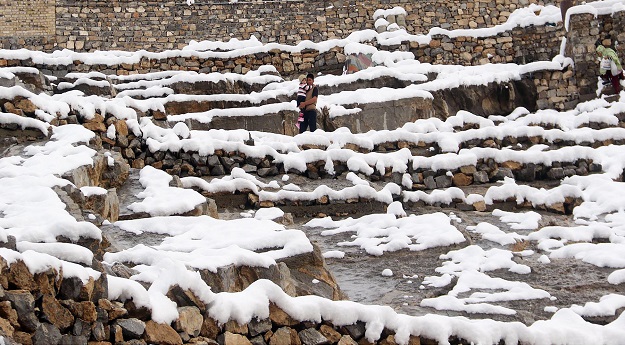 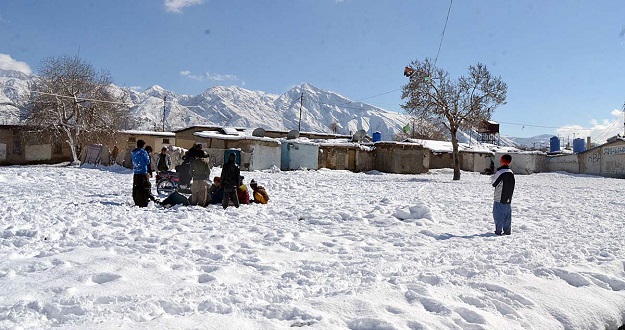 In southern Punjab, the hill station of Fort Monroe in the Koh-e-Suleman Range, has also been receiving heavy snowfall for the past two days. The mesmerising snow-covered hill station, also called “Murree of South Punjab”, is attracting tourists in droves. 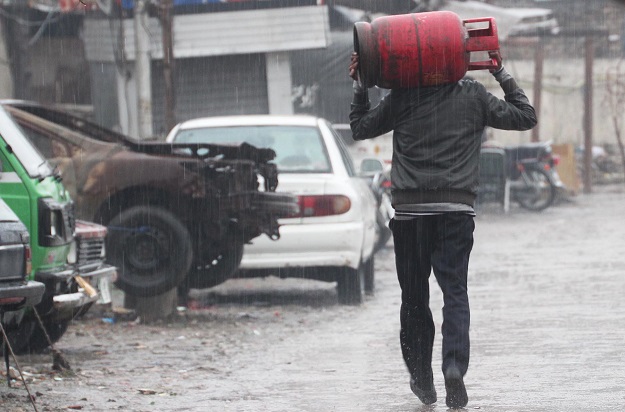 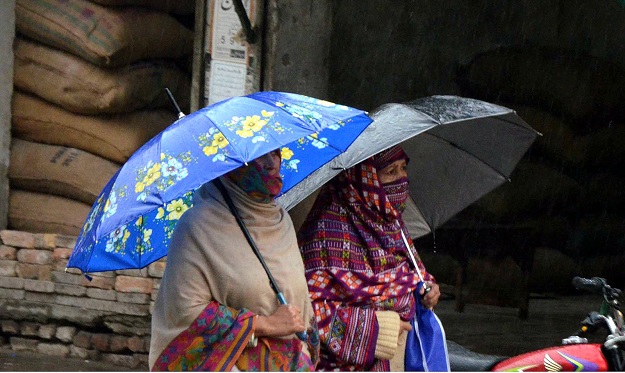 Khyber-Pakhtunkhwa and Gilgit-Baltistan are also in the grip of cold snap. Rain and snowfall continued in Peshawar, Hazara and Malakand divisions, Kohat, Orakzai and Chitral. All access roads to Chitral, including the Lowari Tunnel, are blocked while water and electricity supplies are also disrupted. The local administration has warned residents to avoid unnecessary travel. 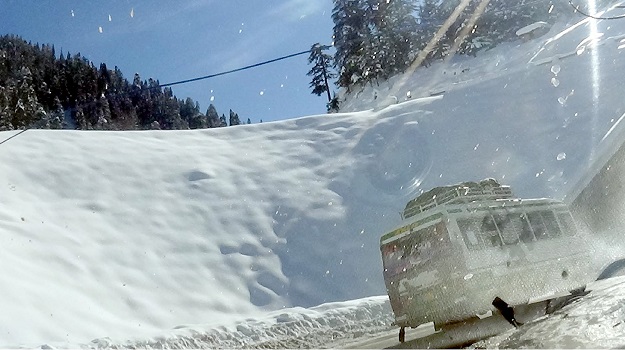 A view of snowfall in Lowari Tower, Chitral. PHOTO: INP

G-B has been receiving record-breaking snow for the last 72 hours. The snow has paralysed life in the region, with residents in northern valleys restricted to their homes. Authorities say the ongoing snowfall is the heaviest since April 1996. Since the region is cut off from the rest of the country, local hospitals are facing shortage of medicines.

According to the PMD, Swat, Kohistan, Shangla, Buner, Mansehra, Abbottabad, Murree, Orakzai, Rawlakot, and Astor Valley have received rain and snowfall on Monday. It warned of more land sliding and avalanches in AJK, G-B, Malakand and Hazara districts due to heavy snowfall and heavy rain. It also directed the authorities to stay on alert. 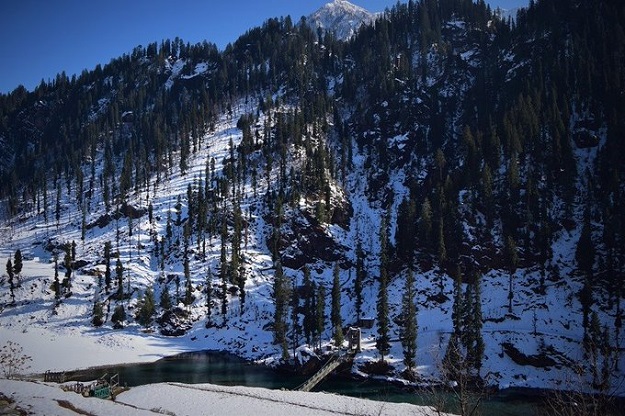 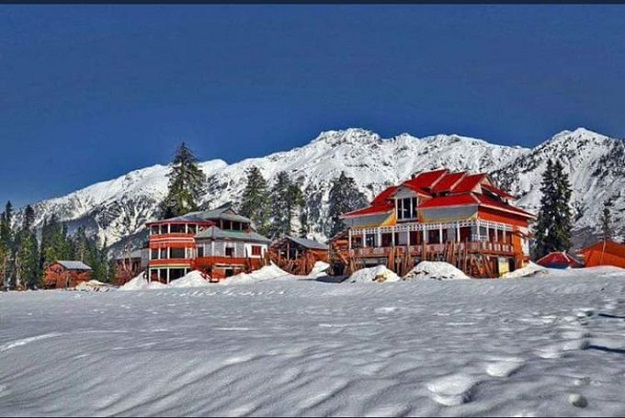 The remote valleys of G-B are facing food shortages as their access roads are buried in three to four feet of snow. The region’s chief minister has directed the authorities to stay on alert.

Watch our video report on it: