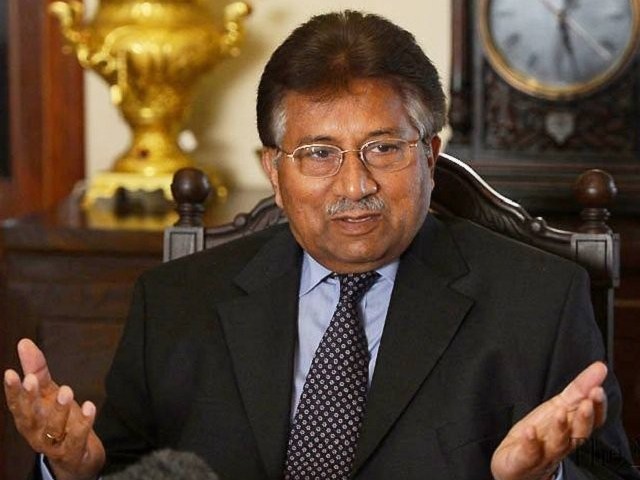 LAHORE: The Lahore High Court (LHC) on Monday quashed the verdict given by the special court in the Musharraf high treason case and declared the formation of the bench as “unconstitutional”.

Musharraf was sentenced to death on December 17, 2019, by the special court in a high treason case filed in 2013.

Additional Attorney General (AAG) Ishtiaq A Khan appeared on behalf of the government and presented a summary and record of the special court’s formation.

“The complaint was not filed according to law. The special court which convicted Musharraf was formed without the approval of the cabinet,” said the AAG earlier today as the court resumed hearing of the petitions.

Musharraf not given fair trial in treason case: attorney general

He also informed the court that the federal government had directed the interior secretary to register a complaint against the former president.

The former president’s counsel, Azhar Siddiq, also pointed out that “not only was the complaint illegal, the formation of the special court and the subsequent verdict were also not in accordance to law”.

Justice Naqvi had then continued and had asked: “What is a constitution? ! A 12-page book. But a Constitution is your law and such a situation comes under emergency,” said Justice Naqvi.

“Giving respect to the AAG, the parliament included the word of suspending the Constitution in Article 6. By including three words, you changed the status of the entire constitution. With this, you cannot be granted an emergency,” added Justice Naqvi.

The LHC had later reserved the judgment on Musharraf’s appeal after completion of the arguments.

In December last year, General (retd) Pervez Musharraf was convicted of high treason and sentenced to death by a special court in an unprecedented trial delayed by the absence of the septuagenarian former military ruler, who has been out of the country since 2016.

It is the first time in Pakistan’s history that a former army chief was tried and sentenced under Article 6 of the Constitution, which states, “Any person who abrogates or subverts or suspends or holds in abeyance, or attempts or conspires to abrogate or subvert or suspend or hold in abeyance the Constitution by use of force or show force or by any other unconstitutional means shall be guilty of high treason.”

The charges against Musharraf – who was sentenced in absentia on Tuesday – stem from his imposition of a state of emergency in 2007, after which dozens of judges were placed under house arrest or sacked, sparking widespread street protests by lawyers.

The trial continued in Musharraf’s long absence and the bench was reconstituted six times as judges recused themselves from hearing the case, resulting in the delay.