Adviso­r to PM on Financ­e grills offici­als over slow pace of revenu­e collec­tion
By ​ Our Correspondent
Published: January 13, 2020
Tweet Email 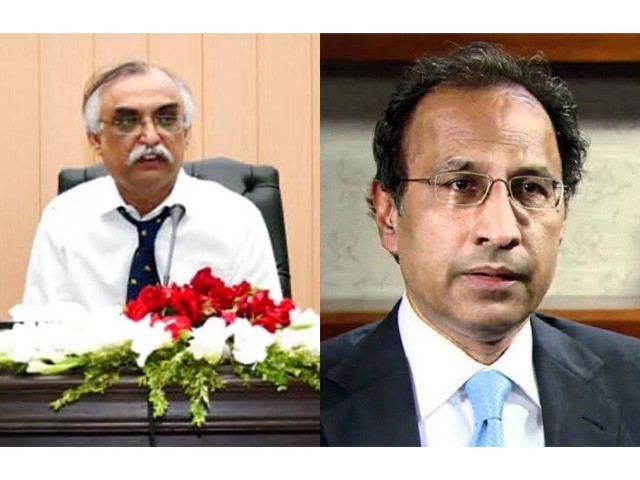 ISLAMABAD: Adviser to the Prime Minister on Finance Dr Abdul Hafeez Sheikh has expressed serious reservations over the performance of the Federal Board of Revenue (FBR).

The finance adviser made a visit to the FBR office where he grilled the board officials over slow pace of revenue collection and voiced his concerns over the absence of any vision for future.

Sheikh’s visit took place a day after the national tax body had announced that the shortfall of revenue collection for the first half of the ongoing fiscal year had widened to Rs284 billion.

The finance adviser urged the revenue officials to improve their performance and put up efforts to meet the existing targets.

In a separate meeting at the Prime Minister’s Office on the same day, Shaikh once again questioned the outcome of the national tax body.

He pointed out, among other things, that the FBR had could not achieve the fundamental targets of enhancing tax collection and expanding revenue base despite all-out support from the premier and the army chief.

The details of the meetings emerged during Express News show, The Review, where hosts, Kamran Yousaf and Shahbaz Rana, revealed the inside story of the recent developments.

It also emerged during the discussion that Dr Abdul Hafeez Shaikh and FBR Chairman Shabbar Zaidi had, apparently, developed differences and several changes in the FBR team were in offing.

One of the reasons of disagreement and disconnect between the two offices was claimed to be the FBR chairman’s direct access to the premier.

It was discussed that he had visited the PM Office more than the Ministry of Finance since assuming charge.

Currently, FBR chairman is on a 15-day leave and is expected to resume office on January 19.

It may be mentioned here that the FBR chairman had commended the revenue figures, saying that there was 16% growth in the quantum of collections as compared to last year.

On the other hand, Shaikh is not impressed with the numbers and had even questioned the authenticity of the figures during one of the meetings.

Shaikh views the shortfalls as a serious risk to the International Monetary Fund (IMF) programme as the continued deficit can lead to new revenue measures in the next few months.

The political and economic experts are of the view that government immediately needs to decide the way forward and not leave the tax and revenue matters entirely on the FBR.