Indian woman seeks divorce from husband for 'not taking a bath'

Indian woman seeks divorce from husband for 'not taking a bath' 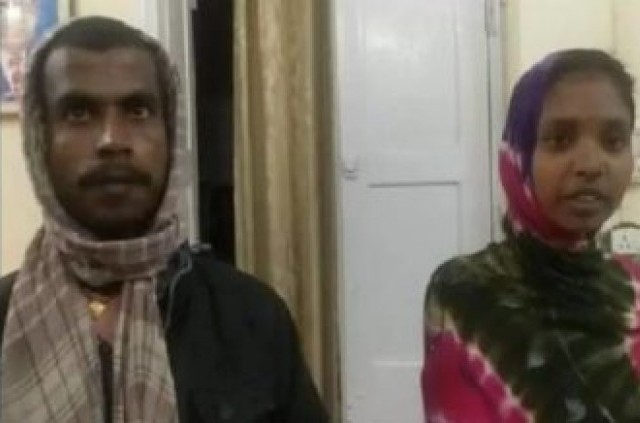 20-year old woman accuses her husband of not maintaining a hygienic lifestyle. SCREENGRAB

In a bizarre instance, a 20-year-old woman in India has filed an application with the authorities seeking a divorce from her husband for not maintaining a hygienic lifestyle.

Woman belonging to Bihar’s Vaishali district has claimed in her application that her 23-year-old husband, Manish Ram stinks “because he does not shave, take a bath or brush his teeth regularly,” Times of India reported on Saturday.

Taking action on the complaint filed by Soni Devi, the State Women’s Commission (SWC) gave a two-month ultimatum to her husband to mend his ways or face the legal action for not complying with the orders.

SWC member Pratima Sinha said that the 20-year old petitioner approached the commission on Thursday and said she wanted a divorce from her husband.

“I was taken aback by reasons that was cited for seeking divorce,” the official was quoted as saying.

In her petition, Soni said she married Manish, who is a plumber by profession, in 2017.

“My husband stinks as he does not shave and bathe for nearly 10 days at a stretch. Moreover, he doesn’t brush his teeth. He also doesn’t have manners and follow etiquette,” the petitioner alleged.

The SWC member said that Soni was adamant on separating from her husband.

“I don’t want to live with my husband anymore. I can no longer bear the humiliation. Kindly get me rid of this man … he has ruined my life,” the official quoted the petitioner as saying.

Soni’s husband, however, said he did not want a divorce and wanted to live with her, adding that he would try his best to improve his lifestyle and win over his wife’s confidence.