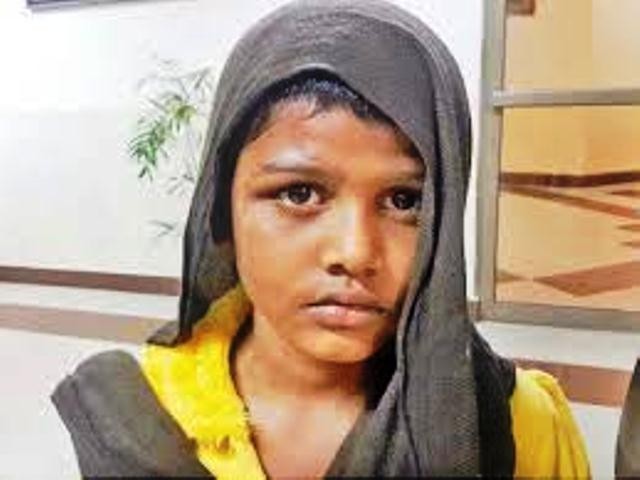 ISLAMABAD: The Supreme Court on Friday set aside the extended three-year sentence against a former judge and his wife for torturing a minor girl employed as domestic help in Islamabad, maintaining the one-year sentence awarded by the Islamabad High Court in April 2018.

A three-judge bench of the apex court — headed by Justice Mushir Alam and comprising Justice Ijazul Ahsan and Justice Yahya Afridi — had on May 8, 2019 reserved the judgement over the review petitions filed by former additional district and sessions judge Raja Khurram Ali Khan and his wife Maheen Zafar.

The couple had been sentenced to one-year imprisonment for keeping the then 10-year-old Tayyaba Bibi in wrongful confinement, burning her hand over a missing broom, beating her with a ladle, detaining her in a storeroom, and threatening her with “dire consequences”.

In June 2018, when both the convicts appealed against their sentence, the IHC division bench increased their jail term from one to three years, along with imposing a fine of Rs500,000.

“The conviction and sentence awarded to Raja Khurram Ali Khan for commission of the offence punishable under Section 201 of the PPC is maintained. While maintaining his conviction under Section 328-A PPC, the quantum of sentence enhanced from one year simple imprisonment to that of three years by the Division Bench of the High Court in its judgment dated 11.06.2018 is set aside,” says the judgment authored by Justice Afridi.

The bench also overturned the increased sentence against Maheen, the judge’s wife.

The apex court, however, issued a notice to the couple, asking why their sentence should not be increased.

“We have been informed that Raja Khurram Ali Khan and Mst. Maheen Zafar are presently serving their sentences in Adiala Jail, Rawalpindi. Accordingly, the Superintendent of Adiala Jail, Rawalpindi is directed to inform the said inmates about the present notice, with due acknowledgments to be returned to the Registrar of this Court.”

Rizwan Abbasi, counsel for the accused told The Express Tribune that in view of the top court judgment, the couple (which has four kids with the youngest one being 18 months old at the time of sentencing), who served two years in prison, will be released.

He said the top court judgement will be challenged.

Meanwhile, it is to be noted that the trial was conducted by a single bench of the IHC.

The apex court judgment notes that single bench of the high court, while exercising its original criminal jurisdiction, is not a court inferior or subordinate to the high court.

“Thus, the Division Bench of the High Court under its appellate, revisional or inherent jurisdiction provided under the Cr.P.C. cannot enhance a sentence passed by a Single Bench in its original criminal jurisdiction.”

The judgment notes that the state has the remedy to seek the enhancement of the sentence passed by the Single Bench of the High Court, by filing a petition of leave before this Court (SC) under Clause 3 of Article 185 of the Constitution.

“In order to render “complete justice”, this Court may under Article 187 of the Constitution, enhance the sentence of a convict, in cases where there has been serious misdirection of appreciation of evidence or blatant miscarriage of justice,” says the judgment.