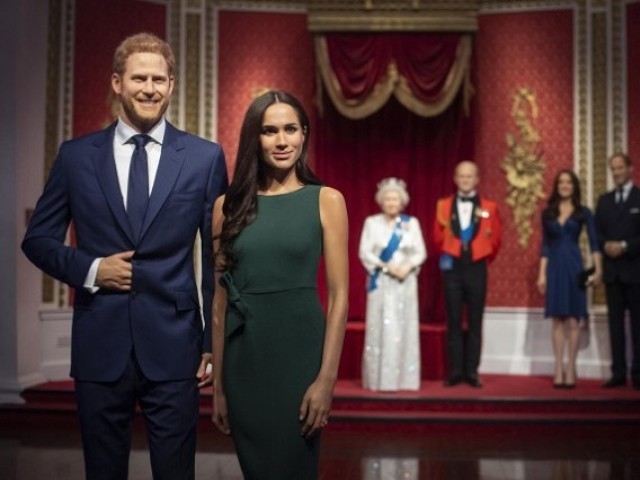 Duke and Duchess of Sussex at Madame Tussauds. PHOTO: FILE

LONDON: Madame Tussauds waxwork museum has removed the figures of Prince Harry and his wife Meghan from its British royal family display, in response to the couple’s announcement that they will be stepping back from royal duties.

The Duke and Duchess of Sussex announced on Wednesday that they intend to divide their time between North America and the UK to carve out a “progressive new role” and step back from their senior positions.

Senior members of the royal family were disappointed by the move, a royal source said.

Madame Tussauds, which contains more than 250 wax models of celebrities, said the two figures will go in a separate section, away from that which includes Queen Elizabeth, Prince Philip, Prince Charles, and Prince William and his wife Kate.

“Alongside the rest of the world, we are reacting to the surprising news that the Duke and Duchess of Sussex will be stepping back as senior Royals,” said general manager Steve Davies.

He added in a statement: “As two of our most popular and well-loved figures, they will of course remain an important feature at Madame Tussauds London as we watch to see what the next chapter holds for them.”