The dollar is now just a piece of paper with the promis­e to pay, but with no backin­g of gold
By Dr Pervez Tahir
Published: January 10, 2020
Tweet Email 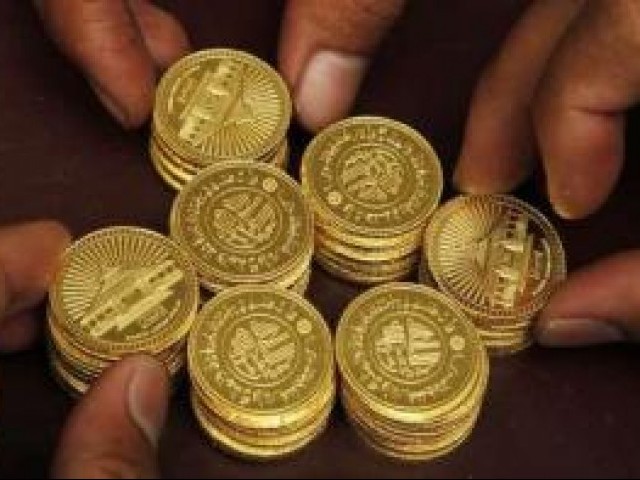 Trump is threatening more sanctions against Iran, while Turkey is violating sanctions by allowing the Russians to build a gas pipeline bypassing Ukraine. Alternatives to the greenback are discussed whenever the United States launches a military adventure or sanctions an adversary. At the Kuala Lumpur Summit 2019, Mahathir urged Muslims to rediscover the gold dinar from their history. The Turkish and the Iranian presidents supported the idea. Barter trade and the use of cryptocurrencies were also discussed at the conference. Mahathir is a credible voice because he greatly insulated his country from the onslaught of the 1997 Asian financial crisis by imposing capital controls and fixing the exchange rate against the advice of the IMF. Later on, the IMF conceded the wisdom of his action. The World Bank also recognised that the gambit worked. Fears that it would scare away foreign investors did not materialise. At that time, Mahathir’s proposal did have some success with ASEAN in the form of currency swaps and a clearing union, but not in the Islamic world. Oil is the most traded commodity, but the occasional sentiment of stopping the denomination of oil prices in the dollar has never seen concrete action. There are more takers now, but not in the oil-rich Arab countries. It must be understood that the purpose is not to replace the dollar — which a few small economies cannot achieve anyway — but to safeguard mutual trade in the wake of sanctions and financial crises.

The dollar has remained unchallenged since the end of World War II. There is no international law or agreement that binds countries to use the dollar as means of payments or reserve currency. This dominance was believed to be the result of the facts that the United States was the largest economy and trader. At the Bretton Woods Conference, which created the IMF and the World Bank, Keynes’ proposal for an international currency called bancor, was rejected. There was an ad hoc arrangement that the dollar would be pegged to gold, and other currencies would have fixed exchange rates around this parity. This arrangement broke down in 1971. More significantly, China today is the largest merchandise trader and the second largest economy. These developments have not affected the role of the dollar. Two-thirds of the official foreign exchange reserves are still held in dollars. Forty per cent of the world’s debt is denominated in dollars. Dollars are used in more than half of the international trade. The role of the Chinese yuan is insignificant, but increasing. Eurozone, the most effective attempt to replace the dollar, lives with more than half of its imports invoiced in dollars. Even in the case of exports, considerable invoicing continues in dollars.

Locally as well as globally, money is anything that is generally acceptable with minimal risk and transaction costs. The dollar is now just a piece of paper with the promise to pay, but with no backing of gold. It continues to hold sway due to lower cost and general acceptability. In the eyes of investors and central banks deciding the composition of their reserves, the ultimate guarantee is the largest economic and military power. In addition to gold, the dinar in the Middle Ages was also backed up by the economic and military power of the Muslim empire. Like the euro, the gold dinar can facilitate trade between member countries but not beyond. However, the Eurozone was not built in a day. It also had its sceptics like the UK, who never compromised on the pound sterling and is now exiting the European Union itself.

Charting peace in the Middle East