How is sustainable fashion relevant in Pakistan?

How is sustainable fashion relevant in Pakistan? 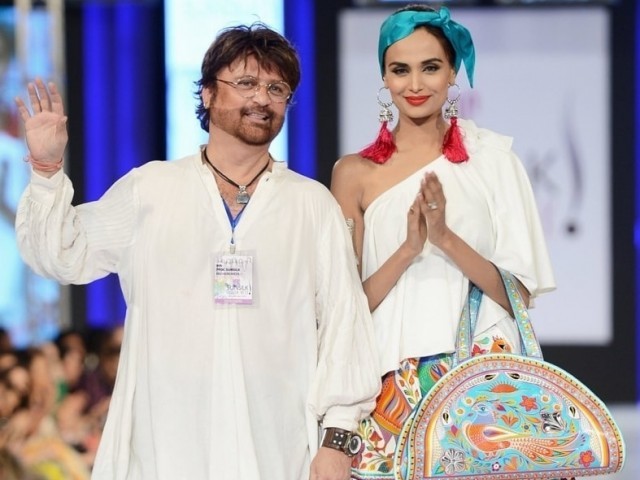 KARACHI  : On September 2019, Pakistan became one of the 185 countries to protest against climate change. However, its textile industry is still the largest manufacturing industry of the country. It is also the eighth largest exporter of textile commodities while being the fourth largest producer of cotton with the third largest spinning capacity after China and India, according to the Textile Development Review.

Nevertheless, sustainable fashion is being practiced in Pakistan to great degree, regardless of whether the majority can afford it or not. Our fashion industry has worked towards producing high quality and timeless designs, up cycled and bespoke fashion along with practicing fair and ethical means of creating fashion.

A take from the fashion maestros 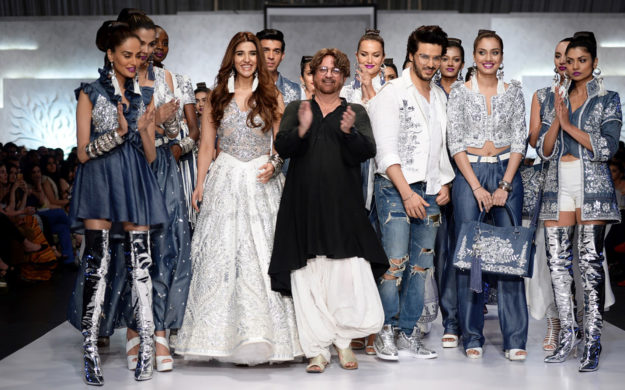 Riwan Beyg excels at producing ethical, sustainable and traditional outfits that have also made their way to Princess Diana’s closet and the Buckingham Palace in 2018. This designer believes that fashion needs to be ‘ethical’ in order for it to be sustainable as her follows fair and ethical, bespoke fashion and timeless designing. 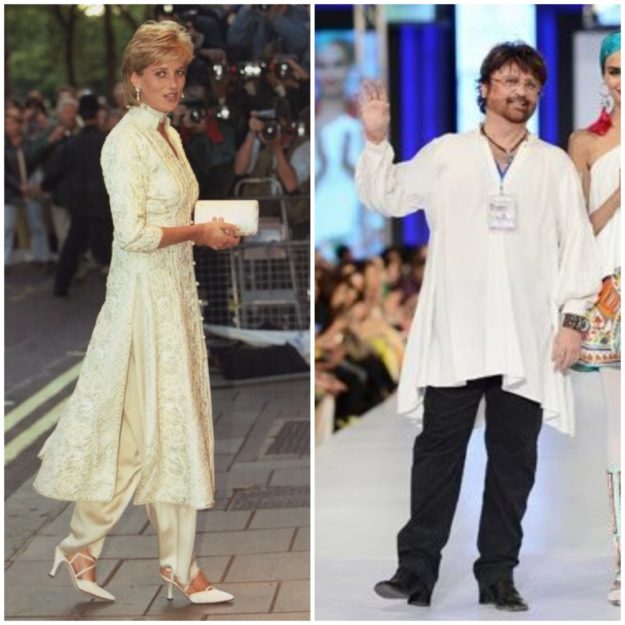 “We have worked with the rural community for a long time now and that alone means excluding polyesters and synthetic fibers. However, sustainability has been about craft revival for us, and more than that about sustaining the rural community. “According to Beyg, his designs target the craft that is at the verge of extinction and craftsmen who are threatened by poverty. 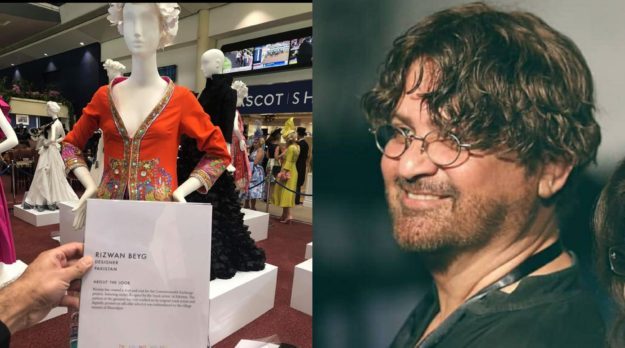 “It is also a social development program since we have worked with the Marathi women, the Afghan refugees, and the women of Bahawalpur whose work was showcased at the Common Wealth in Buckingham Palace. We also exhibited motifs created by truck artists who were printed on silk (another organically produced fabric),” he said. Beyg will also receive a Tamgha-e-Imtiaz for his work with the rural women in a ceremony on March 23, 2020. 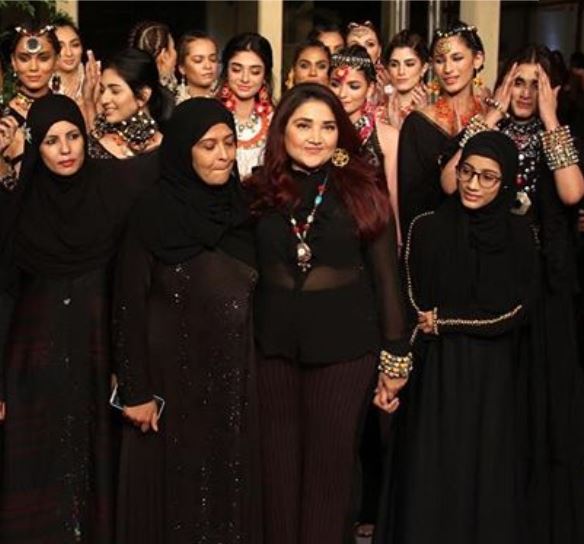 As for another designer who is also working on the same lines as Beyg, Huma Adnan, came out with her Craft Stories in 2019, which she worked on in close connection with the UNHRC. Her page states, “We as fashion influencers have the potential to start new economic cycles. My brand utilizes indigenous crafts from different parts of the world. Hence I became excited and took the challenge to polish their craft and train their business acumen.” 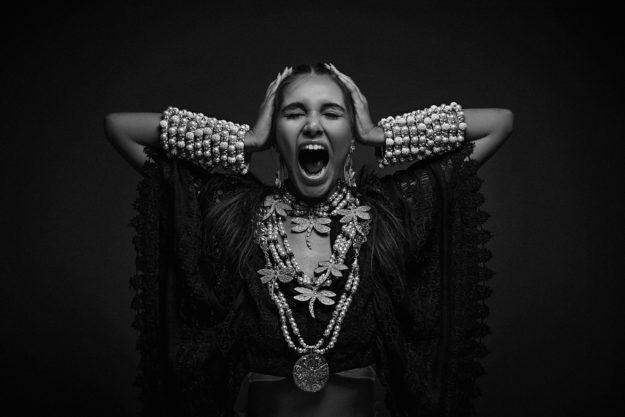 The designer also claimed that her brand works on the lines of sustainable fashion as a means to sustain the creators and the cloth. “The refugees I worked with belonged to various nationalities namely Afghanistan, Syria, Yemen, Rohingya, Sudan. The handmade jewellery that you see in the market is mostly made by these women.” 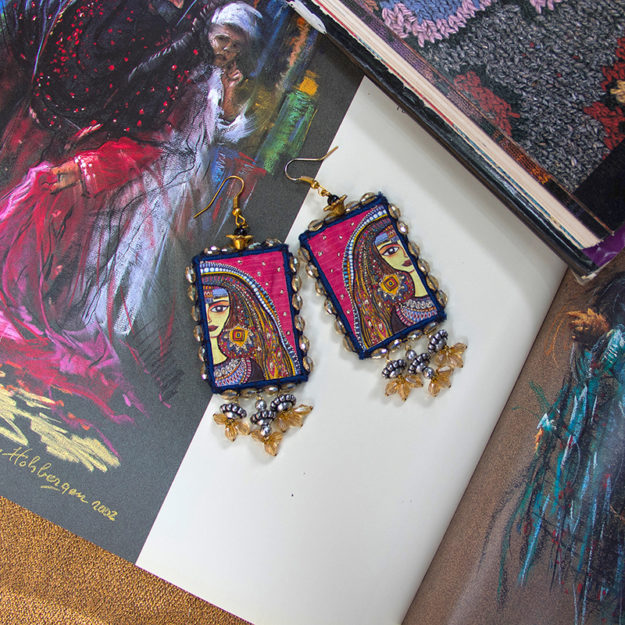 The designer also went on to conclude that sustainability has many forms, even if the concept is adopted, designers still pick out what they believe are the forms most relevant to the place and problems they live among. “Sustainability can be economic, social, financial, organisational, and environmental. In my case, it’s social and organisational because it helps in raising the standard of living to create long-lasting fashion.” 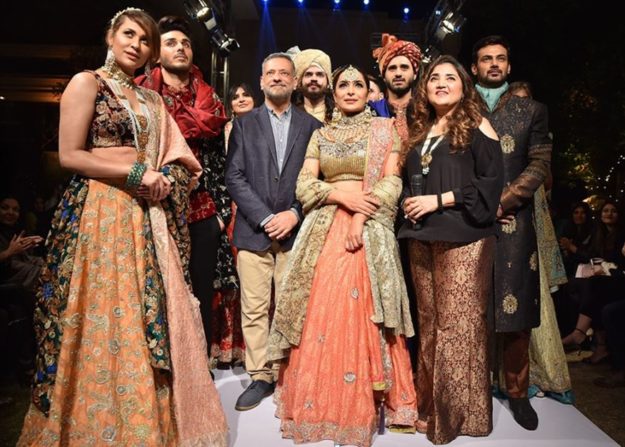 Designer Amir Adnan believes it is impossible for Pakistan to adopt ‘complete sustainability in fashion’ when the majority purchases commodities. In a conversation with The Express Tribune he said, “Firstly, the masses don’t even purchase fashion – and even if there is a niche that does, it’s only buying from designers who have little to no control over their fabric. This way, not only can fashion become sustainable, but also become economically viable and decrease consumption patterns.”

The designer went onto add that his brand believes in producing evergreen garments, following the bespoke fashion and timeless designing approach to sustainability.