Family of tigers poisoned for 'killing livestock' in Goa

Family of tigers poisoned for 'killing livestock' in Goa

Number of endang­ered big cats in India has crept up in recent years
By AFP
Published: January 9, 2020
Tweet Email 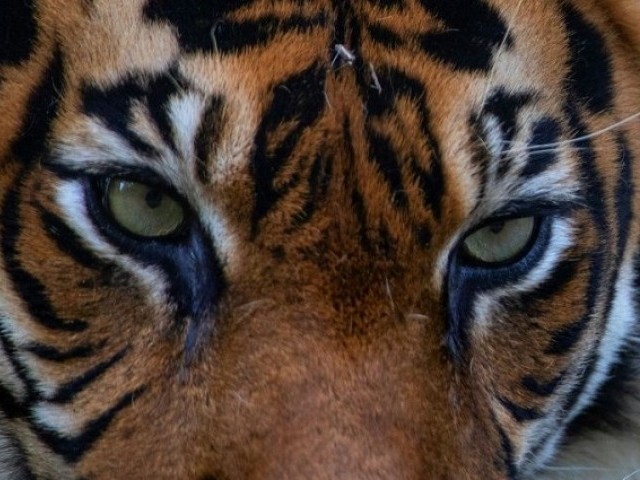 Number of the endangered big cats in India has crept up in recent years (REPRESENTATIONAL IMAGE) PHOTO: AFP/FILE

PANAJI, INDIA: A tiger and its three cubs have been found dead in Goa after apparently being poisoned by locals angry at the killing of livestock, Indian officials said on Thursday.

The number of the endangered big cats in India has crept up in recent years, but so have the numbers killed by people as humans increasingly encroach into their territory.

The four carcasses were found in a northern forest region of the western coastal state in recent days not long after a cow and a buffalo had been mauled in the area.

“It is a suspected case of poisoning. We suspect the poison was put in the buffalo carcass,” wildlife official Santosh Kumar told AFP.
He said three villagers had been arrested.

Lions and tigers don’t scare this zookeeper. What terrifies him is the rising inflation

“The tragic incidents of tiger deaths are shocking & saddening,” Goa’s chief minister Pramod Sawant tweeted. “We will investigate and take stern action against the perpetrators.”

The tragic incidents of tiger deaths are shocking & saddening. We will investigate and take stern action against the perpetrators. pic.twitter.com/o9L0gzSa3Y

In July last year, the Indian government said that since 2015, the tiger population had increased 30 per cent to almost 3,000— raising hopes for its survival.

In July last year, a tiger was beaten to death by a mob a day after it killed one person and injured eight others.

Another tiger and its two cubs were poisoned by villagers a month earlier in June after it killed a cow.

Experts say more can be done — not just at the village level but also across government agencies— to educate and increase awareness about tigers.