Contem­porari­es of the actor deem him as an asset to the indust­ry
By Adnan Lodhi
Published: January 9, 2020
Tweet Email 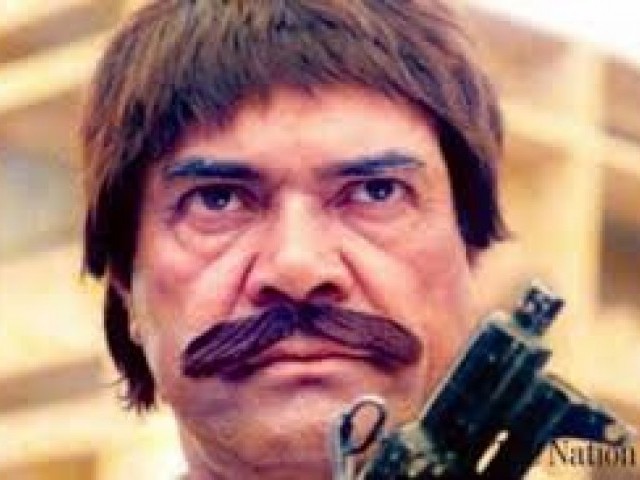 LAHORE: The 24th death anniversary of Punjabi film superstar Sultan Rahi is being observed today. Peers of the fallen legend praised Rahi for his contribution to the local film industry, describing his time as the Golden Era for Lollywood.

Looking back at the period, film actor Ashi Khan talked about how Rahi’s career was beneficial for all the “stakeholders”. “Sultan Rahi is among those film actors that was a source of financial strength for this industry. During his era all stakeholders – be it actors, producers or directors – were earning well. At the time, local Punjabi cinemas were packed with there being huge cues for his films,” shared Khan. Noting how ‘sound’ the industry was during Rahi’s time, she went on to comment about its declining state since the Maula Jatt actor passed away. “You can see it for yourself how the industry has taken shape since after his (Rahi’s) death.”

Veteran film producer Chaudhry Ejaz Kamran described Rahi as “irreplaceable”. “Many actors have come and gone in this industry but there was only one Sultan Rahi whose memory will remain. There is no doubt that the actor will ever be replaced. On his death day, we are missing the golden days of our industry and praying for him. His star stellar performance in Punjabi films like Maula Jatt, Wehshi Gujjar and Basheera films will be remembered forever. His dialogues are still preserved in the mind of fans,” he said.

Meanwhile, senior actor Durdana Rahman, along with acknowledging Rahi’s contributions to the industry, also praised his personality. She said, “He was a powerhouse of talent and always willing to help others. He was also a beautiful soul and a well-wisher of his colleagues. In order to return Punjabi cinema to its former glory, there needs to be actors like Sultan Rahi. However, finding such an actor is a difficult task since he was the only one.”

The flag bearer of Punjabi cinema made his debut in 1959 with a supporting role in the film Bhaggi. Since then the actor has delivered hit after hit with films such as Wehshi Gujjar, Kayla Jatt, Ghulami, Moti Shair, Sher Khan, Godfather, Basheera, Kaley Chore, Mola Baksh and Rotti. Spanning four decades, Rahi has made 700 Punjabi films and over 150 Urdu films. His name is mentioned in the Guinness Book of World Records as the most prolific actor. He has won around 150 awards including the Nigar Awards in 1971 and 1972.

The actor met his demise in 1996 when he was killed in a robbery attempt while travelling with his friend on Grand Trunk Road near Gujranwala. Rahi is survived by his five children, one of whom is actor Haider Sultan.

Justin Bieber says he has been fighting Lyme disease and mono