FIR lodged against Akshay Kumar over a washing powder ad

FIR lodged against Akshay Kumar over a washing powder ad 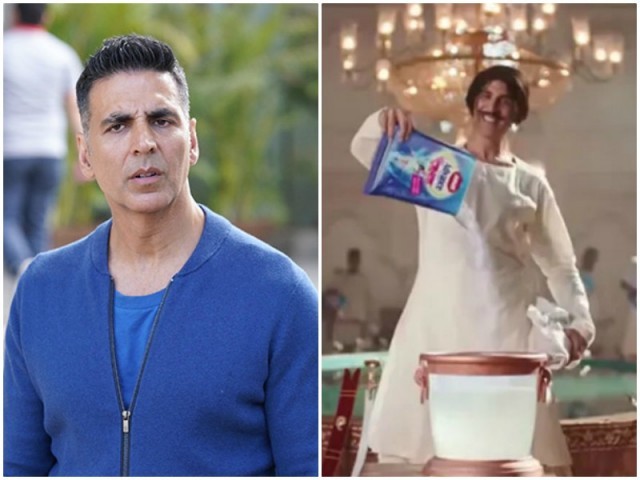 In a recent turn of events, Bollywood actor Akshay Kumar has landed in hot waters again for having hurt Maratha sentiments through a washing powder ad, according to The Print.

Backlash towards the accused ‘Canadian-Indian-actor’ has surfaced  on social media with people calling out the ad’s content along with the actor a lowbrow.

Washing powder Nirma’s advertisment appears to mock the Maratha warriors after being released on January 3, 2020, by showing Kumar as a Maratha king who returns home after a victorious battle and is showered with flowers. Following this he says ‘khushiyaan manaao’ (let us celebrate), after which a woman quips: “What celebrations…you come back with such dirty clothes which we have to clean now.”

To this, Kumar says in that the king’s army not only knows how to thrash enemies but also how to wash clothes. The entire army and Kumar then set about washing their soiled clothes.

Many on social media are calling for a boycott of the Nirma washing powder with the hashtag #BoycottNirma trending on Indian Twitter. They are alleging that the ad belittles Maratha warriors and their bravery.

A police complaint was also filed against Kumar at the Worli police station in Mumbai Monday. The complainant, identified as Suryakant Jaggannath Jadhav, said the people of Maharashtra were deeply hurt by the advertisement. He has urged the police to take action against Nirma Limited and the actor for ‘maligning’ Maharashtrian culture”.

The commercial was made by production house Collective Art Private Limited.

Mr. @akshaykumar , have you ever read history of Maratha's ? If No then go and read their sacrifice towards Nation. Else dont mock our Maratha culture !#BoycottNirma pic.twitter.com/cQE8k39GGv

This is not the first time that an advertisement has received flak for ‘hurting sentiments’ of people.

In March 2019, an ad for Surf Excel landed in trouble after some people accused it of promoting ‘love jihad’ and calling it Hindu-phobic. The ad featured a young Hindu girl and a Muslim boy. It showed the girl, dressed in white, choosing to get stained in Holi colours in order to protect her Muslim friend who has to go to a nearby mosque.