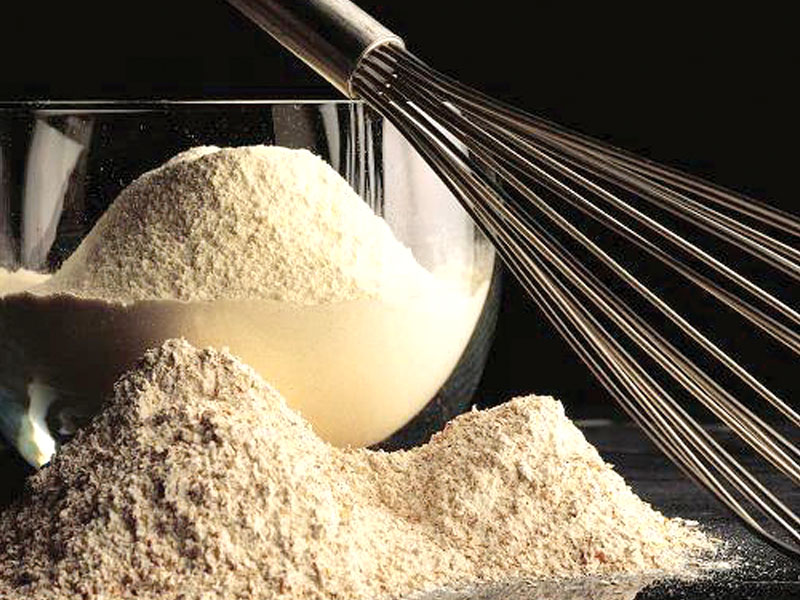 LAHORE: Upon the request of the government and in a bid to provide relief to the masses, the Punjab Flour Mills Association (PFMA) has decided to reduce the price of flour after wheat prices reached a record high across the country.

To deal with the situation, the PFMA called an emergency meeting on Wednesday on the request of Prime Minister Imran Khan and Punjab Chief Minister Usman Buzdar to reach an agreement and reduce flour prices despite the limited availability of government wheat as well as increase in the cost of private-sector wheat.

Prices of wheat held by the private sector in Punjab reached Rs1,900 per 40 kg, while they hit Rs2,000 per 40 kg in both Sindh and Khyber-Pakhtunkhwa. As a goodwill gesture and after successful deliberations, the flour mill owners agreed to reduce the flour price by Rs3 per 20kg bag.

Following the cut in the price, a 20kg flour bag will now be sold at the wholesale price of Rs783 and retail price of Rs805 in Punjab. CM Buzdar will formally announce the price reduction after his meeting with PFMA high-ups.

During the meeting, mill owners expressed serious concern over the open market price of wheat, which had touched Rs2,000 per 40 kg.

They said that the government has not yet increased the quota due to which mills were facing difficulties in ensuring adequate availability of flour. On the other hand, the government is harassing flour mill owners through various tactics instead of increasing the supply of wheat.

“The government was concerned over the inflationary wave that has hit the country and was under immense pressure to provide relief to the public,” PFMA Chairman Asim Raza said while speaking at the meeting. “They [the government] have, therefore, requested us to reduce the price of flour.”

He added that even though flour mills themselves are facing financial difficulties at the moment, the PFMA has decided to give some relief to the public by cutting the ex-mill rate from Rs786 to Rs783. After the change, a 20kg bag of flour will be sold at Rs803 instead of Rs808.

It is worth mentioning that the Punjab Food Department’s undue delay in raising the daily wheat quota for flour mills has triggered a crisis in the flour market across Punjab.

On the other hand, the Sindh government’s slow lifting of the Pakistan Agricultural Storage and Services Corporation’s (Passco) wheat stock has aggravated the situation.

Out of the four million tonnes of wheat approved by the prime minister, the food department has procured only 98,000 tonnes. With the availability of normal flour down by 60% in major cities, the public has been forced to buy expensive 15kg bags of fine flour.

The shortage of 20kg bags of normal flour in Lahore can be judged from the fact that in order to meet the demand of flour dealers, the district food controllers of the food department are handing over flour bags to the dealers by fetching flour trucks from mills.

The demand for flour began to increase in Punjab at the beginning of December last year and wheat stocks in the open market started to drop. The department officers, together with flour mills, started demanding that the government increase the daily quota but top officials of the Punjab food department delayed the process due to various reasons, which led to higher prices of wheat in the open market.

According to sources, the PFMA had earlier contended that since the food department is releasing a limited amount of government wheat and mills have to supply flour to the market by purchasing wheat from the open market at high prices, an increase in flour prices is legitimate.

Furthermore, a rise in electricity and diesel prices has made the business even more costly for the mills because of which a reduction is not possible.

However, keeping in view the government’s demand and the interest of people, flour mill owners eventually agreed to reduce the price of flour as a gesture of goodwill.