Says use of force can only make matter­s worse
By Our Correspondent
Published: January 8, 2020
Tweet Email 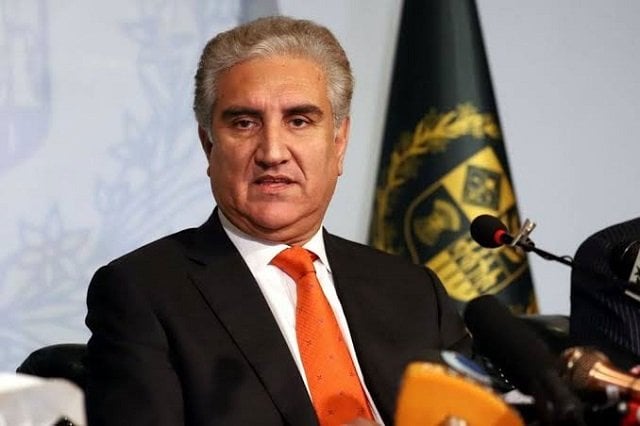 ISLAMABAD: Foreign Minister Shah Mahmood Qureshi on Wednesday urged United Nations Security Council (UNSC) and the international community to play their role and reduce tensions between Washington and Tehran, following Iran’s missile attack at US-led forces in Iraq in retaliation for the US drone strike on an Iranian commander whose killing last week stoked fears of a new Middle East war.

The foreign minister appealed to the US and Iran to demonstrate patience as the region cannot tolerate tension, adding that “war is not in the interest of anyone”.

In a statement regarding the heightened tensions in Iran, Qureshi urged the UNSC and international community to play their role to stabilise the situation.

The foreign minister reiterated that Pakistan supports peace, adding that the issue can be resolved through negotiations.

He also maintained that a large section of the United States does not want the American troops to be part of another war, similar to the sentiments of Pakistan.

He said the United States should learn lesson from its policies in Afghanistan and Iraq.

He apprehended that any conflict between the United States and Iraq will negatively affect the Afghan peace process.

Speaking about the developments in India, Qureshi said Prime Minister Narendra Modi is using different tactics to carry out a false flag operation and divert attention from the gross human rights violation in the region.

“We believe the use of force can only make matters worse,” he said.