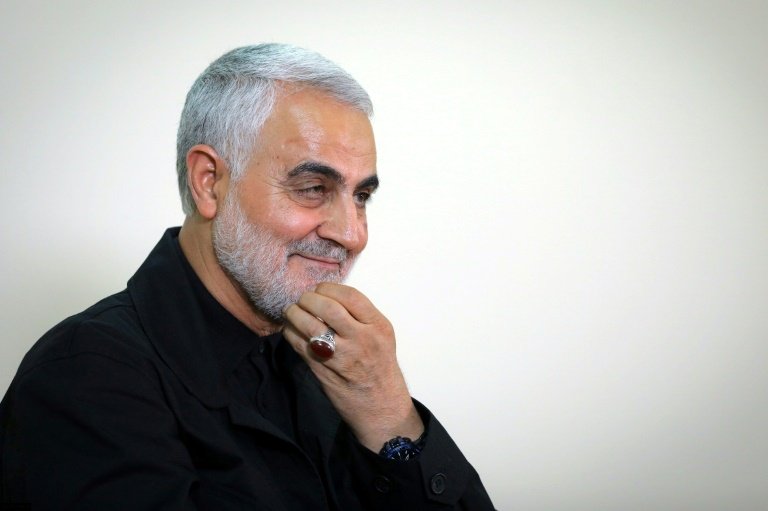 KARACHI: Each decade, it seems, must have its own signature crisis in the Middle East. Barely a week into the 2020s, Donald Trump may already have ‘gifted’ the region one for this decade.

The US president’s shocking move to order the target killing of a top Iranian general by way of drone strike has been compared by some observers to ‘lighting a stick of dynamite and shoving it into a tinderbox’.

With Tehran vowing revenge and Trump threatening ‘disproportionate’ reprisals, the scenario has all the hallmarks of a global emergency that could spiral out of control any second. Many on social media have already started riding a wave of World War 3 panic.

As with everything Middle East, any crisis in the region is seldom localised and usually carries ramifications for the rest of the world.

States within or on the periphery of the greater Middle East are often immediately drawn in and Pakistan, given its proximity and delicate foreign policy balance, is no exception. There is already a sense that Pakistan’s leadership is treading an extremely precarious tightrope when it comes to the emerging US-Iran confrontation. Although both top civil and military figures have come out with clear statements urging peace and restraint, and vows to not allow Pakistani soil to be used against anyone, there is a fear that the crisis, if drawn out, could have significant fallout on the country.

Speaking to The Express Tribune, some of Pakistan’s top foreign affairs and security experts examined both the chances of the situation in the Middle East boiling over and what it could mean for the country.

According to former foreign secretary Shamshad Ahmad Khan, Pakistan, throughout its history of independent statehood, has always been confronted with one crisis or another. “The first reason, of course, are our border disputes, which emerged immediately following the Partition. But then we occupy an unprecedented and unequaled geopolitical location.”

Even so, Shamshad and others downplayed the chances of the present confrontation between Tehran and Washington escalating. “The US-Iran rivalry may be an old one but the present crisis is directly tied to it being an election year in the United States,” he said.

“Every time a US president has been up for re-election, he has gone for an adventure. Barack Obama, for instance, authorised the raid that killed Osama bin Laden. Trump, in his turn, bet on Iran not being able to muster a response but has instead created war hysteria in the country.”

Why are there so few women in the courts?

Former ambassador Abdul Basit agreed that Trump wanted an achievement similar to the Obama administration’s killing of Bin Laden. He did not foresee a full scale war taking place.

“My assessment tells me the situation is not going to escalate beyond a certain point,” he said. “Iran has made clear its position on the 2015 nuclear deal without actually renouncing it. They will use it to assuage domestic anger and may try to use US posturing to build domestic cohesion and justify economic difficulties but I do not see them going beyond diplomatic rhetoric.”

According to Basit, Iran does not have the capability and space to meaningfully threaten the US and its personnel in the Middle East. “No country will stand with Iran if it attempts any major action, like hindering maritime traffic passing through the Strait of Hormuz. Such actions will boomerang on them and they understand it,” he said. “The only possibility I see is Iran trying to orchestrate some retaliation in Central Asia in the run-up to the US elections.”

Agreeing with Basit, defence analyst Maj-Gen (retd) Inamul Haque insisted neither Iran nor the US were in a position to wage actual war.

“Soleimani’s targeted killing was an impulsive action by Trump. I imagine he was presented with a set of options, some of which were ‘non-starters’ to direct him towards a preferred course of action. But in a re-election bluff, Trump picked the non-starter, perhaps to appear strong,” he explained.

“Now that he has done what he wanted, I don’t think there will be a war,” Inam added. “Already, we can see there is a lot of opposition within the US against Trump’s shocking decision. Given that is the US Congress that can declare war or authorise the president to declare one, I don’t see Trump getting that go-ahead against the background of impeachment.”

Shamshad concurred as well. “I don’t feel the US wants another war. With the fierce reaction Soleimani’s killing has received within the US, the American people will not allow Trump to start one,” he said.

Defence analyst Lt-Gen (retd) Talat Masood, however, feared Iran may be pushed into a drastic reaction by domestic pressure. “There will be a severe urge for revenge in Iran,” he said. “I think the Iranians will show far greater resolve in taking revenge if we look at history of revenge. The US has made a great mistake by overstepping.”

He also feared that the emerging crisis could draw Washington’s attention away from Afghanistan, jeapardising chances of peace in the war-torn country. “Iran, in fact, may even attempt to turn Afghan peace into a battleground to get back at the US,” Masood said.

Inam, on the other hand, disagreed that the US-Iran confrontation could have major fallout on Afghanistan. “Iran’s role in Afghanistan is quite limited. While it may create impediments for Afghanistan’s trade and economic interests, I don’t think it can use its proxies against US personnel

According to Shamshad, Pakistan’s biggest challenge will be to figure out how to remain unscathed in the emerging crisis. Inam and Masood agreed. “If the crisis does escalate, I hope Pakistan will not be forced into a situation to pick sides. Doing so would increase Pakistan’s historic baggage and have long-term effects on our geopolitics,” said the former. “The situation will lead to great polarisation in the Muslim world. We have to guard against that and ensure any sectarian blowback does not take place in Pakistan,” the latter stressed.

Pick sides or not, Inam also warned of fallout in other ways. “A crisis in the Persian Gulf will shoot oil prices up, which our economy cannot sustain,” he said. According to Masood, there is not much Pakistan can do to mitigate any situation in the Middle East. “Unfortunately, we are not in a position to influence these events. It is good that Pakistan has not taken any sides so far and has tried to dampen antagonism. Even though we lean more towards the Saudis and GCC, and Iran knows it, Pakistan is genuinely interested in this situation not escalating.”

Asked if it would be wise to have the parliament vote on a resolution like the one against involvement in Saudi Arabia’s war in Yemen, Masood agreed that it could be positive. “The Senate is already debating the issue. It may be prudent to pass a simplistic resolution in Parliament that urges all sides to exercise restraint,” he said.

Basit, however, insisted it was a mistake then and it would be one now. “Foreign policy should remain with the government since parliament does not have the full picture in such events,” he argued.

“I think Pakistan has taken the most appropriate stance, clearly stating it will not allow its territory to be used against any other country,” the former envoy added.  “We need to remain neutral and continue to advise all sides to exercise restraint.”

“The position we have currently taken, urging all sides to show restraint and stressing that we will only be partners in peace, is the best one we can take,” said Shamshad. “It is good we have drawn a line against allowing our territory to be used in the event of escalation. Our constitution clearly binds our country to promote Muslim solidarity so we must continue to urge restraint and strict adherence to the UN charter.”

He also advised Pakistani leaders to remain vigilant and avoid doing anything that would deepen the crisis. “We need to refrain from undertaking any unsolicited efforts and should be seen putting our own house in order. Our government must be inward focused,” he said.

The ex-foreign secretary did add a caveat to pursuing a policy of neutrality, however. “We need to understand that our own survival and interests should be our foremost concern,” he said. “No nation can truly be neutral and our interests may be wound up in situations that require difficult decisions.”

Masood and Inam concurred. “We have to protect our interests. We absolutely have to be clear on this,” stressed Masood. “Pakistan must always act in selfish national interest, which is relative and can shift depending on situations. We have to analyse different pressures and opportunities to determine it,” Inam elaborated.

Shamshad also had some advice for the global community at large. “All regional crises, including the one in the Middle East, are an extension of a global situation that is marked by challenges of diplomacy mixed with brute force, constant power struggle, military occupation, economic adventurism and a discriminatory nuclear order,” he pointed out.