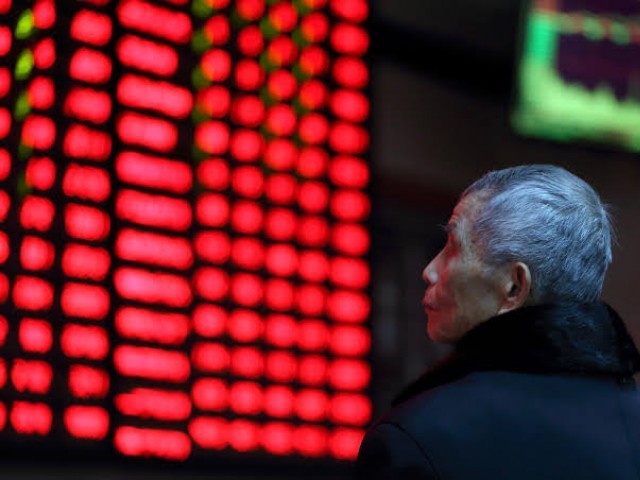 KARACHI: The Pakistan Stock Exchange (PSX) tumbled over 1,000 points on Monday as shock waves reverberating through the global equity markets impacted the local bourse as well.

Geopolitical tensions continued to heighten following the killing of top Iranian military commander Qassem Soleimani in Baghdad by the US in a drone strike on Friday. The development created a war-like situation in the region as major world leaders called for restraint and calm to stabilise the highly volatile conditions.

In reaction, the benchmark KSE-100 index of the PSX plunged from the moment trading began and kept trading in the red throughout the day. Rising uncertainty sparked panic selling by investors, which pushed the index lower.

Arif Habib Limited Head of Research Samiullah Tariq told The Express Tribune that the major reason behind the fall was regional tensions and growing conflict between Iran and the US.

“Regional tensions pose a risk to Pakistan’s economy and politics as well, hence, investors have started offloading stocks,” he said.

“Major stock markets around the world were trading at a loss of 2.5-3% and hence tensions also reflected in the PSX,” he said.

“The bourse crashed and lost 1,027 points in a single day on Monday as the heightened regional tensions between Iran and the US spooked the investors,” stated Aba Ali Habib in its report.

Tensions between Tehran and Washington escalated to dangerous levels over the weekend after Iran’s top military commander was killed in a US airstrike in Baghdad late last week. Pakistan asked both the countries to exercise restraint and avoid further escalation in the conflict.

“This pressure in the market was on the back of news that US and Iran exchanged threats of targeting installations and assets of each other after the killing of Iran’s military commander Qasem Soleimani in a US drone attack in Baghdad last Friday. However, likely redemptions in mutual funds may have played their part. ENGRO (-3.9%), LUCK (-4.0%), HUBC (-3.1%), PPL (-2.2%), MCB (-1.8%) and BAHL (-2.6%) were among major laggards which dragged the index down.”

“However, we expect market will remain volatile and choppy in short-term due to geopolitical uncertainty,” he added.

Overall, trading volumes fell to 266.6 million shares compared with Friday’s tally of 322.9 million. The value of shares traded during the day was Rs10.5 billion.

Shares of 359 companies were traded. At the end of the day, 28 stocks closed higher, 325 declined and six remained unchanged.

Foreign institutional investors were net buyers of Rs311.5 million worth of shares during the trading session, according to data compiled by the National Clearing Company of Pakistan.