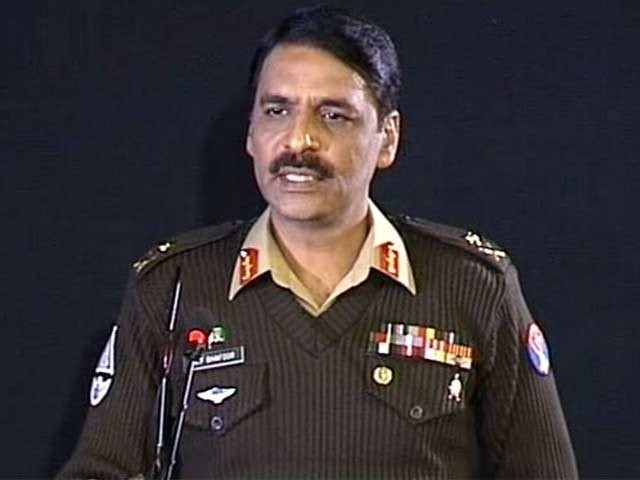 KARACHI: While the situation in the Middle East remains extremely volatile following the targeted killing of a top Iranian general by the United States, Pakistan has said in unequivocal terms that it would not pick sides in any ensuing military conflict in the region.

“Pakistan will not become party to anyone or anything but will be a partner of peace and peace alone,” the military spokesperson quoted Prime Minister Imran Khan and army chief Gen Qamar Javed Bajwa as saying. “We will not allow our soil to be used against anyone,” Major General Asif Ghafoor said in an interview with a news channel.

The interview came two days after US Secretary of State Mike Pompeo telephoned Gen Qamar to discuss the regional situation and possible implication of the killing of Major General Qassem Suleimani, the commander of Iran’s Quds Force, in a US drone strike near Baghdad airport on Friday.

The army chief, according to the military’s media wing, “emphasised the need for maximum restraint and constructive engagement by all concerned to de-escalate the situation in broader interest of peace and stability”.

In Sunday’s interview, Maj Gen Ghafoor sought to quash rumours making the rounds on social media. He said the US secretary of state primarily discussed the regional situation with the army chief.

“He [Pompeo] said the regional situation was becoming volatile after stability,” Maj Gen Ghafoor said. The army chief called for de-escalating tensions in the region, saying that another armed conflict in the Middle East should be avoided.

Iranian President Hassan Rouhani has vowed to take “revenge for the heinous crime” of killing Gen Suleimani, triggering a threat from US President Donald Trump who said they would hit 52 Iranian sites “very hard” if Tehran attacks Americans or US assets. Analysts say the situation could ignite a conflict that engulfs the whole region, endangering US troops in Iraq, Syria and beyond.

Maj Gen Ghafoor said the regional situation has changed following the killing of the Iranian military commander. Pakistan has consistently played its role to lower tension between Iran and the United States, he said, adding that Pakistan would continue to play its role for peace and stability in the region.

Meanwhile, the Foreign Office said Pakistan has viewed with deep concern the recent developments in the Middle East, which “seriously threaten peace and stability in the region”.

“Respect for sovereignty and territorial integrity are the fundamental principles of the UN Charter, which should be adhered to. It is also important to avoid unilateral actions and use of force,” the Foreign Office spokesperson said.

“All parties are urged to exercise maximum restraint, engage constructively to de-escalate the situation, and resolve issues through diplomatic means, in accordance with UN Charter and international law,” she added.

Separately, Foreign Minister Shah Mahmood Qureshi had telephone conversations with his counterparts from Saudi Arabia, Iran, the UAE and Turkey on Sunday to discuss the unfolding situation in the region, the Foreign Office said in a statement.

The foreign minister highlighted Pakistan’s “deep concern” over the developments in the region and underscored the imperative of avoidance of conflict, exercise of maximum restraint, and de-escalation of tensions.

He renewed the call on all parties concerned to abide by the UN Charter and principles of international law to settle differences through peaceful means. “The foreign minister also reaffirmed that Pakistan would neither let its soil be used against any other state nor become part of any regional conflict,” says the Foreign Office statement.

He reiterated Pakistan’s readiness to continue to play a role in preventing further escalation and maintaining regional peace and stability.

The military spokesperson, Maj Gen Asif Ghafoor, said he has also read the statement of India’s new army chief in which he had threatened to carry out “preemptive strikes” in Pakistan.

The new Indian army chief, Gen Manoj Mukund Naravane, said on Tuesday that India “reserves the right” to carry out “preemptive strikes” and “this intent has adequately been demonstrated in our response during surgical strikes and Balakot operation”.

The military spokesperson reminded the Indian army chief of Pakistan’s crushing response to the botched Indian air strike in February, last year, in Balakot. “Two Indian fighter jets were shot down by Pakistan in retaliation for Indian aggression,” he said.

Maj Gen Ghafoor said that the new Indian army chief was trying to make himself known by hurling threats at Pakistan. He added that Gen Naravane might be well aware of Pakistani military’s capabilities. “The Pakistani military knows how to defend its motherland – and India knows this too.”

The military spokesperson said India was on a dangerous course which would only lead it to self-destruction. He was referring to the Fascist ideology of Indian Prime Minister Narendra Modi which has triggered widespread protests in India.