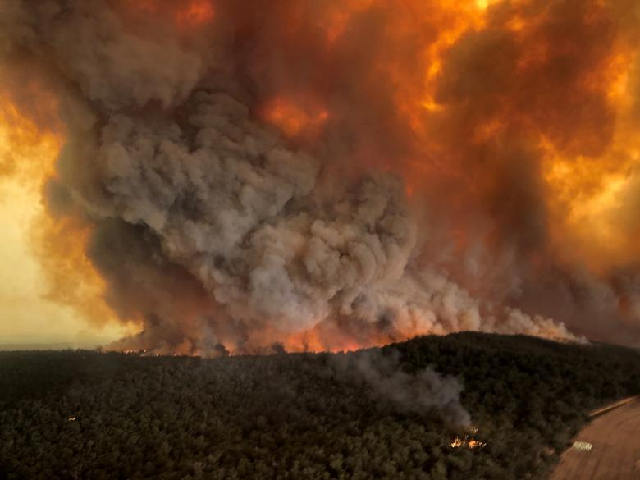 MELBOURNE: The Australian government said on Saturday that up to 3,000 army reservists would be deployed to help communities hit by spreading wildfires and a third navy ship had been readied to support evacuations from coastal towns.

It is the first time there has been a compulsory call out of reserve brigades in Australia, underlining the scale of the emergency. They will help deliver supplies to isolated communities, evacuate people in need, and assist in reopening roads and preparing fire breaks to contain the blazes.

“The scale of the fires is stretching resources on the ground and there are clearly communities that need additional help,” Prime Minister Scott Morrison said on Saturday.

Managing bushfires is the responsibility of state governments and fire services, but the unprecedented scale of the fire season demanded a national response, Morrison said.

He added that defense force bases would provide temporary accommodation, defense helicopters and planes would help with logistic support and evacuations, and A$20 million ($14 million) would be spent to lease four fire-fighting planes to deal with the bushfire crisis.

The HMAS Adelaide, the Navy’s largest amphibious ship, will sail from Sydney on Saturday to support the evacuation of coastal populations near the border of the states of New South Wales and Victoria, Morrison said.

“The Adelaide is fully equipped for disaster relief and humanitarian aid, is able to operate helicopters, with 400 crew, including medical staff, as well as 300 tonnes of emergency relief supplies,” Morrison said.

The MV Sycamore and the HMAS Choules navy ships have already started to evacuate thousands from the coastal town of Mallacoota in southeastern Australia.

Extensive bushfires have killed 23 people since September, Morrison said. More than 5 million hectares (13 million acres) of land has been burnt.

Morrison has faced sustained political pressure over his handling of the bushfire crisis, including for taking a holiday to Hawaii last month, and his refusal to take tougher action on climate change. Earlier this week, he was jeered by enraged locals while visiting fire ravaged communities.