The ban comes under immedi­ate critic­ism from public health advoca­tes who said it does not go far enough­
By Reuters
Published: January 3, 2020
Tweet Email 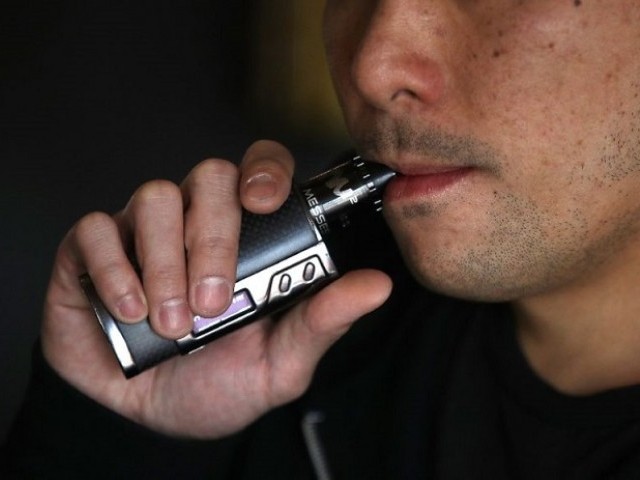 The Trump administration has announced a ban on some popular e-cigarette flavours, including fruit and mint, to curb rising teenage use of vaping products, allowing only menthol and tobacco flavours to remain on the market.

The ban came under immediate criticism from public health advocates who said it does not go far enough.

E-cigarettes may be trendy but are they safe?

But Alex Azar, the US Health and Human Services secretary, called the approach a “smart, targeted policy that protects our kids without creating unnecessary disruption.”

The flavour ban applies to cartridge-based e-cigarettes, which typically use disposable pods filled with liquid nicotine and are often sold in convenience stores. It does not apply to most e-cigarette liquids that are purchased separately, a variety most often sold in vape shops and used in so-called open tank e-cigarettes.

Gary Reedy, chief executive of the American Cancer Society, called it “a hollowed-out policy that will allow the tobacco industry to continue to attract kids to a lifetime of nicotine addiction.”

Representative Frank Pallone, the Democratic chair of the US House of Representatives Energy and Commerce Committee, which has launched probes into e-cigarette manufacturers, dismissed the impact of the ban.

“A flavour ban that exempts menthol and vape shops is no ban at all,” Pallone tweeted.

President Donald Trump’s administration in September proposed a sweeping ban on all e-cigarette and vaping flavours that are seen as attracting millions of young users to addictive nicotine products. That plan would have prohibited all e-cigarette flavours except tobacco. However, Trump later expressed concerns that enacting the ban could lead to an underground market for illegal vaping products and potential job losses.

US e-cigarette market leader Juul Labs Inc, which is 35%-owned by Marlboro-maker Altria Group Inc (MO.N), over the last year has pulled fruit, dessert and mint nicotine flavours from retail stores and its website in the United States amid heightened scrutiny of the surge in teenage use.

Thursday’s announcement would have no impact on Juul, which has already pulled flavours except tobacco and menthol. It would force competitors still offering a wider variety of flavours, including Njoy and R.J. Reynolds Tobacco Co BAT.L, which makes Vuse e-cigarettes, to restrict their offerings.

The percentage of high schoolers using e-cigarettes stands at 27.5%, according to federal surveys, up from 20.8% in 2018.

Research from the Journal of the American Medical Association found that mint was by far the most popular flavour among US 10th- and 12th-grade Juul users, with more than 40% saying it was the most frequently used variety of nicotine pod.

In banning mint but not menthol, HHS Secretary Azar said the administration was following an “evidence-based, science-based public health approach.” Data that became available after the Trump administration’s September announcement showed that mint was highly popular among teens but menthol was not, he said.

But public health advocates expect that teenagers will simply switch to menthol.

“The evidence indicates that if menthol e-cigarettes are left on the market, kids will shift to them,” said Matt Myers, president of the Campaign for Tobacco-Free Kids. “Decades of experience with menthol cigarettes demonstrate that menthol appeals to kids.”

The new policy will go into effect in early February when the US Food and Drug Administration will begin enforcing it against e-cigarette makers that continue to sell unauthorized flavours. All e-cigarette makers face a May deadline to apply to the FDA for permission to continue selling their products.