The bill ensure­s that the tenure, grant of extens­ion & re-appoin­tment of COAS, CJCSC cannot be challe­nged in court
By Rizwan Shehzad
Published: January 3, 2020
Tweet Email 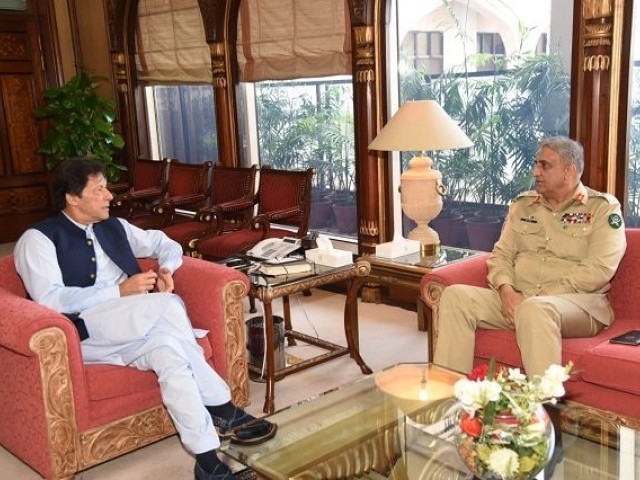 ISLAMABAD: The Pakistan Tehreek-e-Insaf government on Friday tabled a bill that seeks to amend the provisions of the Pakistan Army Act 1952 – in particular the tenure, grant of extension and re-appointment of the Chief of Army Staff (COAS) and the Chairman Joint Chiefs of Staff Committee (CJCSC).

The Express Tribune simplifies salient points of the amendments.

Apart from empowering the president, on the advice of prime minister, to specify the tenure and the terms and conditions of service of the COAS or the CJCSC, including the grant of extension to, and re-appointment, the amendment bill will ensure that future extensions won’t be challenged before any court on any ground whatsoever.

The water-tight bill categorically states: “Notwithstanding anything contained in this Act or any other law, or any order or judgment of any Court, the appointment, reappointment or extension of the Chief of the Army Staff, or the exercise of discretion by the appointing authority in this regard, shall not be called into question before any Court on any ground whatsoever.”

Similar wording has been used if the civilian leadership decides to give an extension to the CJCSC.

The Pakistan Army (Amendment) Act 2020 was tabled after a go-ahead for the legislation from the major opposition parties – Pakistan Muslim League-Nawaz (PML-N) and the Pakistan Peoples Party (PPP).

Many political experts, who have not explicitly expressed their opinions about the bill, believe that the bill is expected to sail through the two houses of parliament.