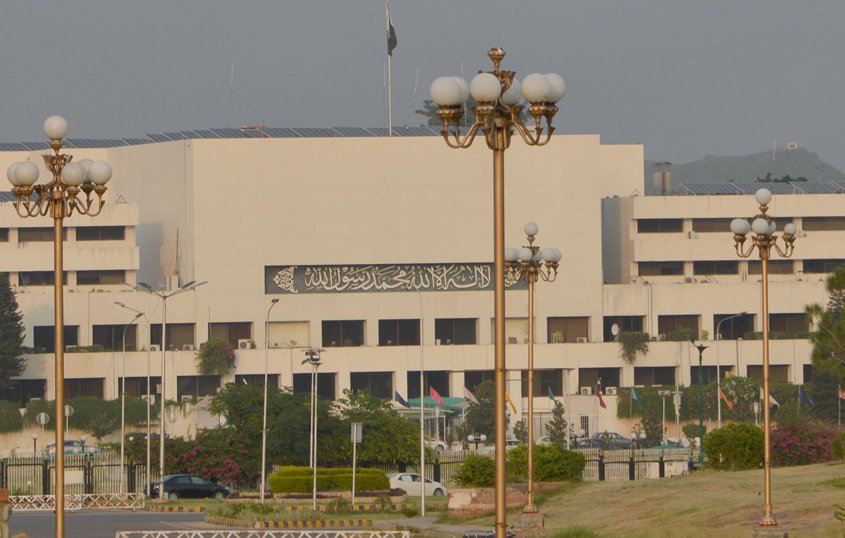 ISLAMABAD: Opposition lawmakers in both houses of parliament on Wednesday lambasted the government for amending the country’s accountability law and a host of other issues including an increase in fuel prices and the rising inflation.

They also criticised the government for not intimating the lawmakers about calling the sessions of the two houses.

Speaking on the recently promulgated National Accountability (Amendment) Ordinance, 2019, which limits the sweeping powers of the anti-corruption watchdog, Senator Raza Rabbani of the PPP fired a broadside at the ruling PTI for allowing businessmen, bureaucrats, judges and the military to escape accountability.

“Is the [National Accountability Bureau] NAB law only for politicians?” he said in a fiery speech delivered on the floor of the House during the first Senate session of the year.

“Who is the NAB law for? Only you and I are left,” he added while directly addressing the Senate chairman.

The senior politician said real accountability was only possible if there was a law that applied to all without any discrimination.

“There should be across-the-board accountability under one law without any holy cows,” the former Senate chairman added.

He also lashed out at the government for running the country through ordinances. “It feels as if the Constitution has been suspended because it is not being followed. The parliament has been rendered ineffective.”

Speaking on the government’s “mishandling” of the extension of the army chief’s tenure – a matter that landed in the apex court where legal loopholes in the process were pointed out — Rabbani hit out at the ruling party for its “incompetence” that had placed a national institution in an awkward position.

“This government cannot even issue three or four notification properly,” he said. “It should let the parliament do its job.”

Senator Raja Pervez Ashraf, the Leader of the Opposition in the House, said the Senate was not informed about the NAB ordinance.

“The process of accountability is taking place in an arbitrary, one-sided manner,” he added.

He also expressed his disappointment over the government called the Senate session only after the opposition had submitted a requisition.

PPP Senator Sherry Rehman said the session had been called in such haste without prior notice that senators had found out about it through the media.

In his speech, Federal Minister for Science and Technology Fawad Chaudhry said the Constitution maintained a balance between the four institutions of the country – the government, the opposition, the military and the judiciary.

However, he added, as the country had entered a new year, these institutions appeared to be at odds with each other.

He said the four institutions were susceptible to making mistakes and it was necessary to find out a way to move forward.

“The government and the opposition naturally have their differences but it is important to build a consensus on issues such as the appointment of Election Commission of Pakistan members, the accountability law and the legislation on the army chief’s tenure,” he added.

The treasury benches faced the opposition’s wrath in the first session of the year of the lower house of the parliament, with rising inflation and the increase in fuel prices in focus.

A day earlier, the government increased the price of petrol by Rs2.61 per litre and high speed diesel by Rs2.25 per litre for the month of January.

Besides, the National Electric Power Regulatory Authority (Nepra) allowed K-Electric a hefty tariff increase of around Rs4.8 per unit on account of quarterly tariff adjustment.

The opposition lawmakers also raised questions over the prime minister continuous absence from the assembly.

“Where is the prime minister who used to say that he would respond to the questions of lawmakers in the parliament every week?” PML-N MNA  Khawaja Asif asked.

Power Minister Omar Ayub responded by pointing out that the Leader of the Opposition in the National Assembly, PML-N Shehbaz Sharif who was currently in London accompanying his ailing brother Nawaz Sharif, was also absent.

The opposition lawmakers particularly directed their criticism at Minister of State for States and Frontier Regions (Safron) and Narcotics Control Shehryar Afridi in the wake of the drug smuggling case involving PML-N’s Rana Sanullah.

The House reverberated with the opposition’s chants of the minister’s oft-repeated sentence “Allah Ko Jaan Deni Hai” and “Liar” as he was speaking on the development work in erstwhile-Fata.

The power minister held the PPP and PML-N responsible for the gas shortage in the country, much to the chagrin of the opposition.