Public transportation: A decade of ebb and flow

Public transportation: A decade of ebb and flow 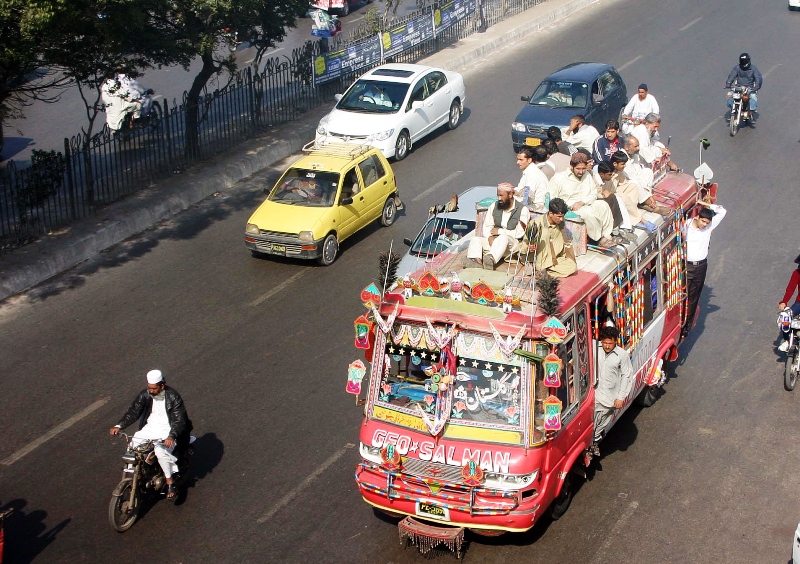 Over the past decade, the population of Karachi has grown exponentially, which naturally created the need to upgrade its transportation system. To that end, the city’s transport sector saw both positive and negative developments. On a government level, a big-bus service was added to the transport infrastructure, while on the other hand, citizens had to face a lot of problems because public transport was reduced to a fleet of 4,000 buses.

According to an estimate, Karachi needs at least 15,000 buses to cater to a population of more than 20 million. Over 290 public transport routes have been closed leaving only 79 operational routes for traffic. Due to the negligence of the provincial government, the fares of public transport have risen manifold due to which people belonging to the working and underprivileged class, together with women and students, have to face immense difficulties.

Even though the traditional public transport system of Karachi generally worsened over the past 10 years, it is worth mentioning that some positive developments also took place in the city in the form of local and foreign investments in the transport sector. The introduction of internet-assisted transport services, for instance, offered a lot of convenience to the citizens of Karachi as they could now book bikes, rickshaws, cars and small buses online.

The second-biggest development in the transport sector was the launch of a mass-transit system in Karachi – a project that had been on the cards for the past forty years. In 2010, the bus rapid transport (BRT) system finally started materialising and its construction on two corridors began.

Over the years, three public transport schemes were formulated at the state level. With the financial support of Rs2.5 billion from the federal government, there had been plans to introduce 4,000 CNG buses in Karachi under the Shaheed Benazir Bhutto Scheme. The plan to launch another 1,000 new air-conditioned buses in collaboration with a private company was also in the pipeline.

However, both of the projects were red-taped due to the negligence of the Sindh government. However, another project for 1,000 buses signed with the Daewoo Company is underway. Although the buses under the project were supposed to arrive in Karachi by May 2019, a rise in the price of the dollar, together with other administrative reasons, caused undue delays.

Per a survey conducted by The Express Tribune, the public buses which are currently in use are very old, with many of them older than 40 years. The minibuses and coaches have surpassed their functional life and are running without fitness certificates. According to transporters, as many as 10,000 public buses were operational until the early 2000s. However, the illegal nine-seat and 12-seat Qingqi rickshaws were allowed on the roads due to which the public transport system started facing a drastic decline. To top it all off, gas-load shedding, a surge in CNG prices and hikes in diesel rates also hampered the public transport system to a great extent.

The Sindh transport department, Regional Transport Authority and other organisations do not have accurate data on the number of operational public transport vehicles in the city. However, it is estimated that there are currently only 4,000 public transport carriers operating in Karachi, with only 400 big buses and 3,500 minibuses and coaches. There are a total of 60 routes for big buses out of which 47 are closed and only 13 are operational. The total number of bus routes is 236 of which 191 routes are closed. Mini-buses are operating on 25 routes, while coaches have a total of 75 routes including 21 operational and 54 non-operational ones.

In 2018, public transport owners increased transportation fares without the approval of the government. The buses have started charging Rs15 to Rs30 from passengers, while fares for minibuses cost up to Rs20 to Rs40. Similarly, coach owners charge Rs20 to Rs50 per passenger for a one-way trip. Transporters maintain that due to an increase in fuel prices and illegal transportation of rickshaws, the number of passengers using public transport has considerably reduced, causing serious monetary losses.

This is the first time in the history of Karachi that fares have been increased without a notification from the Sindh government. Despite protest from the public, the provincial government acted as a silent spectator to the violation.

The Sindh government has no concrete plans for improving the transportation system in Karachi even though there is huge potential for investment in the sector. To make for the gap, private online transport companies like Bykea, Uber, Careem, SWVL and Airlift have attracted investments in the sector. The Sindh government has not facilitated these companies in any form, while the provincial transport department has maintained that there is no law to regularise these companies. However, the provincial government has recently drafted a law has to regularise such companies which would be sent to the assembly for approval.

The construction of the much-awaited mass transit system in Karachi, together with the revitalisation of the Karachi Circular Railway has been underway for decades. On the request of the Chief Minister Sindh Syed Murad Ali Shah, former Prime Minister Nawaz Sharif ordered to connect the Karachi Circular Railway with the China Pakistan Economic Corridor in 2017 and issued directives to hand over the project to the Sindh government. However, no progress has been made in this regard.

Nonetheless, both the Sindh and the federal government deserve a pat on the back for rapidly starting the construction of the BRT system and its two corridors but work on both of the projects is slow-paced owing to various reasons but their expected completion date is December 2020 after which the bus service will start.