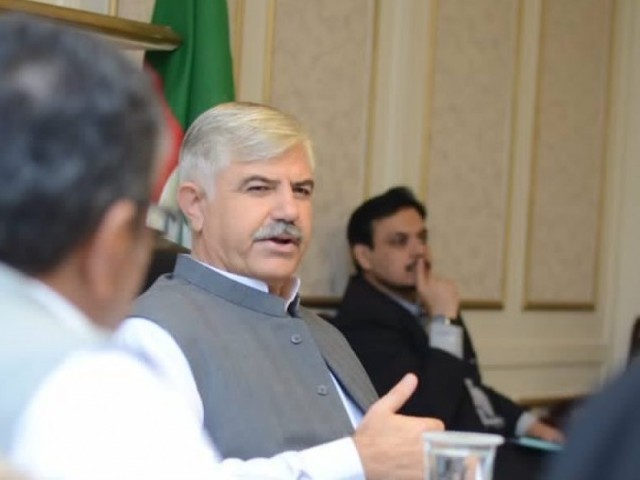 PESHAWAR: The Khyber-Pakhtunkhwa (K-P) Chief Minister Mahmood Khan on Saturday said that the concept of social development was not possible without empowering women.

CM Mahmood made these remarks during a meeting with the women members of the provincial assembly at the CM Secretariat.

He said that the promotion of women’s education was essential for the establishment of a balanced and prosperous society. The provincial government has taken visible initiatives for the welfare of women under its manifesto.

He said that in the overall development strategy of the department of education and industry and trade, special attention was given to women’s education and training and employment opportunities, he explained.

The chief minister added that establishment of Women University Swabi and Cadet College for Women in the province were a testimony to the seriousness of the government. Measures were being taken to provide opportunities to women entrepreneurs and industrialists to take advantage of investment prospects in the province.

CM Mahmood further said that they strive to give women a conducive and peaceful environment in society so that they could move forward and play a constructive role for the prosperity of the society according to their capabilities.

He said that women have always stood side by side with the mission of national development and prosperity. No nation can achieve success unless women have a greater role in its development process, he added.

The chief minister said that the provincial government has introduced a system of governance in the province in which all sections of the society have equal opportunities for progress.

Political interference in the communities was eliminated so that competent and capable women could come forward and contribute to the development and prosperity of the province.  He clarified that a viable plan has been made for the promotion of investment and industrialisation in the province.

He said that the provincial government was also taking steps to provide quality education to women and for this purpose, special attention was being paid to women’s education in colleges and universities, including primary and secondary educational institutions.

Mahmood Khan said he would welcome the suggestions of women parliamentarians for women’s development in the province.

Medicines worth Rs15m seized in Nowshera