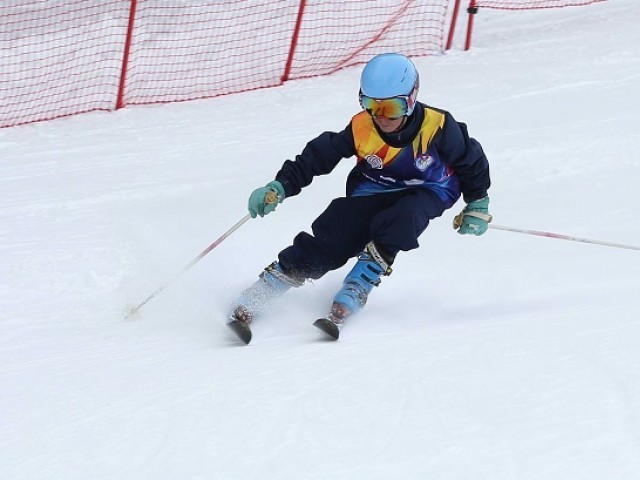 ISLAMABAD: Qualifying rounds for Saadia Khan & Children Ski Cup culminated at Naltar Ski Resort on Friday with a large number of enthusiasts and locals witnessing the thrilling and spectacular competition.

As the day started, skiers descended in long, rhythmic swoops down pristine white slopes, braking in a spray of snow as soldiers carrying semi-automatic weapons watched impassively.
Prominent athletes demonstrated their skills at best on a treacherous slope in freezing temperatures for their place in the main rounds of the event.

They appreciated the Pakistan Air Force for making the valley a world class sporting resort and providing facilities on a par with international standard.

The competitors said that performing with the international skiers would provide them an opportunity to learn and improve their skills.
Nestled in the Karakoram mountain range, the Naltar Ski Resort has been at the heart of Pakistan’s efforts to draw winter sport tourists since the first international competition was held there in 2015.

Pakistan is home to several peaks higher than 8,000 metres including K2, the second-tallest mountain in the world.

The event is named after a great young skier Saadia Khan who lost her life in a tragic car accident at the age of 24.

The tournament is being organised to provide opportunity to female players from across the country to challenge their mental and physical toughness.

Besides skiing, figure skating, snowboarding, ice skating and ice hockey competitions will also be held.
Prominent among these would be Shah Khan Ski Cup, Chairman Joint

The skiers said that the event will not only promote tourism in the northern areas but will also pave way for conducting international events in the country.