Turkey has been a key transi­t point for irregu­lar migran­ts aiming to cross to Europe to start new lives
By Anadolu Agency
Published: December 27, 2019
Tweet Email 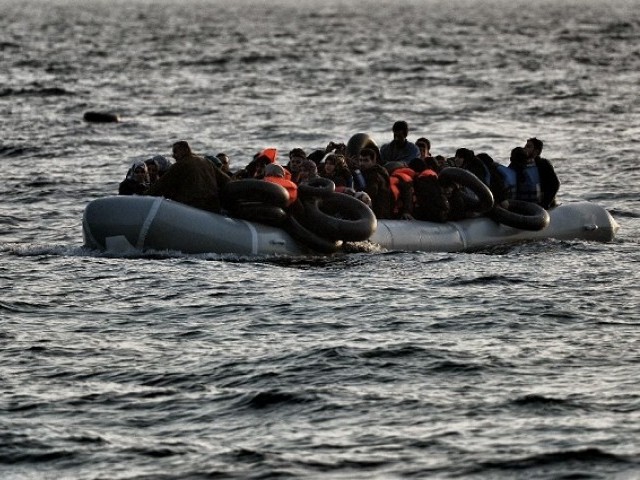 Turkey struck a deal with the EU in 2016 in a effort to stem the flow of migrants into Europe. PHOTO: AFP/FILE

ISTANBUL: A boat carrying illegal immigrants from Pakistan, Bangladesh and Afghanistan capsized in a lake as it was nearing the shore in eastern Turkey on Thursday morning, killing at least seven people on board, local authorities said.

At least 64 others were rescued and the boat sank off at about 3 am local time as it approached the shore near the Adilcevaz district of eastern Bitlis province. An Afghan migrant Abdulbari Munib said there were more than 100 migrants on board.

Munib said the tragedy was caused by an engine fire. “Smoke began to rise, then the friends, everybody stood up, I mean they were scared. Then the boat toppled on its left side,” he said. He also said that the people jumped into the water after the boat capsized.

Adilcevaz Mayor Necati Gursoy said they saw a very bad scene when they arrived at the beach. “These people are coming from Pakistan, Afghanistan, India, Bangladesh, making thousands of kilometres and facing all kinds of hardships. They seek better lives,” he said.

Turkey has been a key transit point for irregular migrants aiming to cross to Europe to start new lives, especially those fleeing war and persecution. In 2018, 268,000 irregular migrants were held in Turkey, according to the interior ministry.