Karach­i’s Rainbo­w Centre has been a hub for piracy for decade­s now, and even severa­l raids on the market have not...
By Saadia Qamar
Published: June 14, 2010
Tweet Email 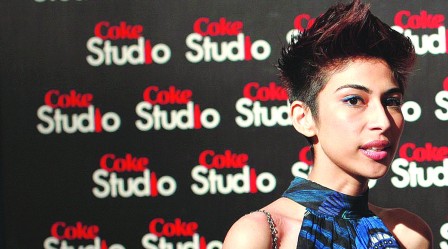 KARACHI: Karachi’s Rainbow Centre has been a hub for piracy for decades now, and even several raids on the market have not dented the open sale of pirated films, music and computer software.

Incredibly receptive to customer demands, the newest offerings at the market are CDs of Coke Studio.

One CD stall, located right next to a Rangers vehicle, did not offer CDs of Coke Studio’s third season but he had one DVD titled ‘Coke Studio with Comedy Time’.

When asked why he only had one copy, the salesman said, “Who watches this? People watch Indian films,” while he gestured towards the Bollywood DVDs on sale.

However, other salesmen at CD and DVD stores at Rainbow Centre told The Express Tribune that a company called Master Music released the songs from the first episode of the show on CD last Friday. ”

When asked if this would also be pirated, a salesman at Big Ben Video said, “No, we would not benefit if we made a copy of it as it is being sold for Rs60. If we make a copy of it ourselves it would be priced at Rs50 so there is no monetary gain for us.”

While Radio City stores do not offer the first episode of Coke Studio 3, but prominent stores such as Music City in Bahadurabad and Laraib in Clifton are selling the CDs openly, touting that it is ‘pirated stuff’.

But can the owners be blamed for not catering to public demand? Since access to the internet is still limited to a percentage of the population, without CDs and DVDs those who would like to listen to the Coke Studio songs are unable to do so.

Rohail Hyatt, the producer of Coke Studio, told The Express Tribune, “We do intend to release official versions of the CD and DVD this season.

Since our content is given out for free with the intent to share, piracy is not a concern for us. However, quality is. That is the primary reason for releasing the official content.”

How to buy: bridal outfits