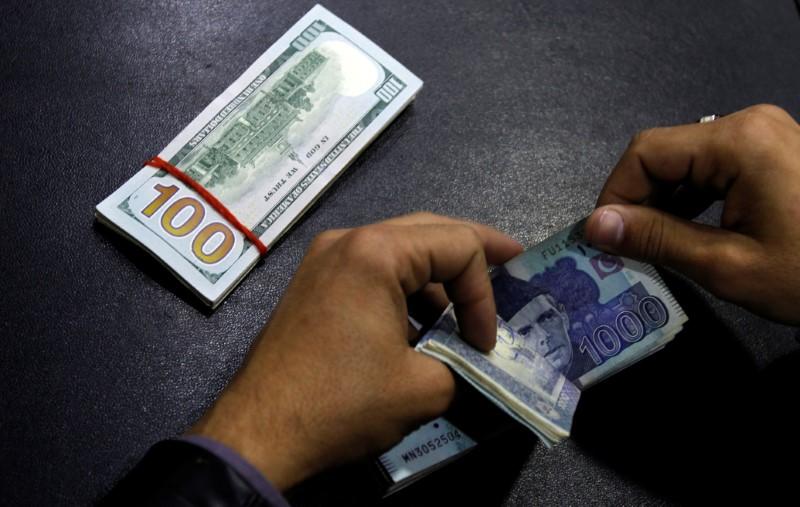 With the year 2019 nearing its end and the decade coming to a close, Karachi is still generating 70% of the country’s revenue. Yet the city of lights remains deprived of basic facilities itself.

Being the industrial hub and an airport city, Karachi generates billions of rupees in taxes which are used to run the economy of the country. Yet the city has been plagued with several problems, most of which have remained unresolved for the past 10 years because of the partial policies of the federal and provincial governments.

Over the decade, quite a few political and legal transformations have taken place in the city. The gap between the rural and urban areas, for instance, has widened with the extension of the quota system which has not only contributed to unemployment but has also created a sense of deprivation among young Karachiites.

The city is littered with heaps of garbage, has a scarcity of public transportation, broken roads, severe water crisis, appalling sewerage system and the weakest local-bodies system as compared to the rest of the country.

Different democratic governments that came to power neither employed structured and independent methods for the prosperity of the city nor made enough efforts to resolve the issues.

Under the Sindh Local Government Act 2013, the democratically-elected provincial government scrapped the authorities awarded to the local bodies institutions during the British era. It is a setback that Sindh has been under the rule of the Pakistan Peoples Party (PPP), the Pakistan Tehreek-e-Insaf (PTI) is in power in the Centre while the Muhattida Qaumi Movement (MQM), is the biggest party in local bodies institutions.

Despite being rival parties, PTI and MQM together represent the opposition seat in the Sindh assembly. Owing to their lack of majority, both the parties fail to make legal amendments to empower municipal institutions.

There is a divide between the political and administrative institutions in Karachi, hence development works do not take place under one umbrella as envisioned by former president Pervez Musharraf during his tenure out of the uniform.

Earlier, there was a single chief Nazim responsible for heading all institutions. After bringing all the civil institutions on one page, the Nazim was able to resolve issues to a great extent. Contrary to that, the present administrative setup, instead of reducing the problems, has further aggravated them.

While the construction of mass transit, mega schemes for water and sewerage, flyovers and underpasses being built on the important thoroughfares of the city by the federal and Sindh government can change the façade of the city, they cannot resolve its deeper issues. And even these infrastructural schemes, worth billions, are constantly hit with delays and proceeding at a very slow place, thus creating problems for the public.

Meanwhile, the federal government and the Sindh government are policy-making bodies and are, thus, not responsible for maintaining the cleanliness and construction works in the city. It is the duty of the local bodies institutions to lay down water or sewerage lines, construct roads, bridges and underpasses and to keep the city clean.

The federal government is facing several obstacles in the construction of the Green Line Bus project. On the other hand, the Sindh government imposed the flawed local bodies system while dissolving the civilian government system introduced by Pervez Musharraf which was considered by many to have been very productive.

According to political analysts and experts, if the local body institutions are strengthened and local body elections are held, new and young political leadership will emerge and it will put an end to the customary political families in a few years. But fear of losing power means that the two major political parties of Pakistan – the PPP and the Pakistan Muslim League-Nawaz – have not allowed the local body system to thrive.

A dumping ground in every street

According to Local Government Act 2013, the Sindh government has taken all the important departments away from the Karachi Municipal Corporation (KMC) and restored the old commissioner system that severely weakened the authority of the mayor.

Across the globe, cleanliness is the priority of local bodies institutions. But the KMC, together with several local bodies, has been deprived of lifting and dumping the garbage and sweeping the city. Similarly, the mass transit master plan, the regional transport authority, education and health departments have also been taken away from the KMC. Neither has the KMC mayor’s office been given the authority to head the Water and Irrigation Department nor does it have control over the Karachi Development Authority (KDA) or the building control authority. All these important institutions now function under the Sindh government.

The KMC does not even have any major source of funding as the federal and provincial governments are themselves directly working on mega projects. The local bodies institutions in Karachi have been utilising the limited funds provided by the Sindh government for cleaning rainwater drains, carrying out germicide spray and conducting several small-scale development works.

In usurping the basic function of the local bodies institutions, that is cleaning thoroughfares and lifting garbage from landfill sites and dumping it, the Sindh government has handed it over to Sindh Solid Waste Management Board (SSWMB) which is run under the provincial local bodies department. The performance of the SSWMB over the last three years has been appalling.

Earlier, each union council (UC) used to have only one dumping site. Today, every lane has turned into a dumping ground. Sanitary workers, who were previously answerable to the Nazim of the elected union council, are now required to report to the chief minister (CM) of Sindh as the incumbent chairs the SSWMB. The CM, though, cannot monitor the cleanliness of lanes and thoroughfares or deal with sanitary workers directly.

As a result, the system has entirely failed and the city has turned into a garbage heap. The KDA, Karachi Water and Sewerage Board (KWSB), mass transit, master plan, and regional transport authority, among others – all these institutions were under the control of the elected Karachi Nazim but they are now working under the Sindh government, which has disrupted the quality of work.

The incompetence of the Sindh Mass Transit Authority can be understood from the fact that the 4-kilometre-long Orange Line Bus Rapid Transit project, running from the Orangi TMA office to the matric board office, has been under construction for the past three years.

In the presence of the Sindh Building Control Authority (SBCA), the city has turned into a concrete jungle.

The water and sewerage systems and roads too are dilapidated. The KWSB is working on five mega water and sewerage projects that have not been completed even after several years of construction. Owing to the criminal negligence of the Sindh government, not even a drop of water has increased in the city’s supply in the past decade even when its population has exploded.

The list of tragedies in Karachi’s local governance may never end. Despite feeding the entire country, Karachi has no solicitor to represent the public. The tug-of-war between provincial and federal authorities, together with ethnic differences, has brought unprecedented losses to the city over the last decade.