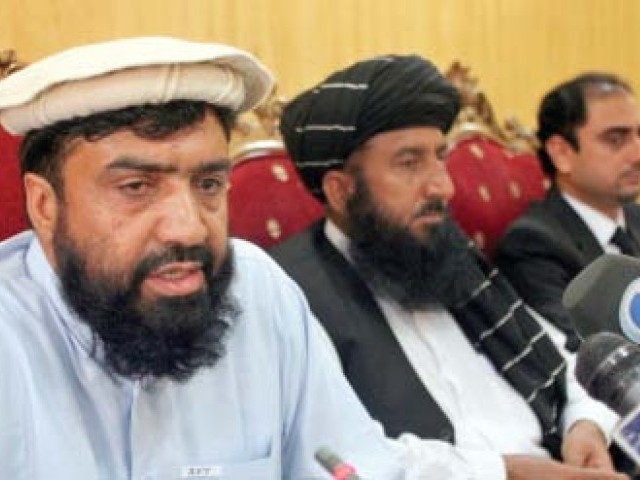 Three Pakistani tribesmen filed a complaint with the police against former legal counsel of the Central Intelligence Agency’s (CIA) for approving drone missile strikes that killed hundreds of people, their lawyer said on Monday.

“We have lodged a complaint for (issuance) of international arrest warrants for John A Rizzo, a CIA official,” over the killings of civilians, Mirza Shahzad Akbar told reporters at a press conference.

The document called on Interpol and the United States to enforce an arrest warrant against Rizzo, whom it says was until recently general counsel to the CIA and claims “the accused can be tried in Islamabad”.

It accused Rizzo of conspiracy to wage a war of aggression, to commit murder and various other crimes, including crimes against humanity.

“Rizzo worked with the agency as one of their legal counsels from 1970s and was in that position at the time of the initial attacks on Pakistan sovereign territory (in 2004),” it said.

“At CIA, one of his roles was to approve a list of persons to be killed every month in Pakistan by CIA using unmanned aerial vehicles and he had already confessed of his crime publicly,” it added.

The complaint said Rizzo admitted to approving the drone strikes in an interview with the Newsweek magazine this year. “The agency was very punctilious about this … They tried to minimise collateral damage, especially women and children,” the magazine quoted him as saying about the attacks in an interview in February. Rizzo explained that he was the one who signed off, the magazine reported.

Akbar has been something of a legal campaigner in Pakistan against the CIA. He also represents a tribesman seeking $500 million in compensation from the CIA after his son and brother were killed by a drone.

Akbar said he held out little hope that Pakistani authorities would cooperate with an arrest warrant, suspecting “they have fully connived with the US”, in reference to US leaked cables that pointed to cooperation on drones.

Karim Khan, who said he lost his 16 year-old son and a younger brother, said the drone strikes were impossible to justify.

Meanwhile, former deputy attorney-general Raja Abdur Rehman said that there was a solid ground for filing a complaint with the police.

“Our law does not allow any action or a foreign operation on our soil and therefore these strikes violate our sovereignty and territorial integrity,” he told AFP.