Depart­ments shove the blame on each other or India to escape accoun­tabili­ty
By Afzal Talib
Published: December 21, 2019
Tweet Email 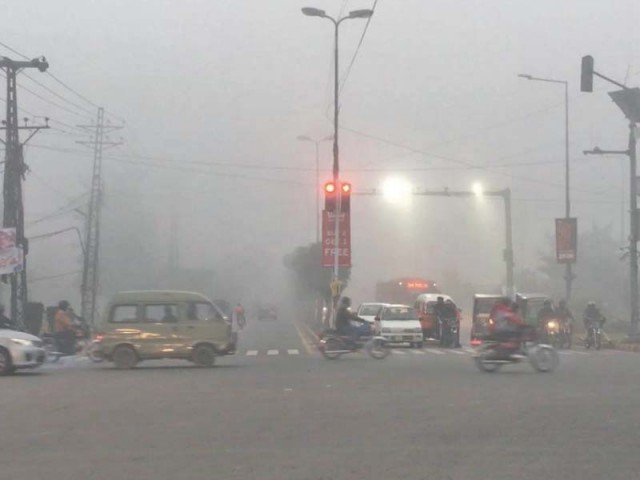 LAHORE: Lahore’s air quality dipped to the second worst in the entire world as per the air quality index (AQI) on Friday.

In some areas of Lahore, the index reading reached up to 454, putting the Punjab Environment Protection Department (EPD) to shame for its claims of better air quality.

Other districts of Punjab are also suffering from this environmental catastrophe.

The poor performance of EPD has worsened the environmental crisis in not just the provincial capital but also surrounding districts. Persistent smog and worsening environment is causing severe eye irritation and respiratory problems in people who reside in these areas.

Despite warnings by the international indices that the air pollution levels are dangerously high in the province, the Environment Protection Department continues to misquote pollution levels at 174 on their website.

Smog has been crippling life in Punjab for quite some years now; triggered by torching crop wastes, burning debris, old technology brick kilns, smoke emitting factories and vehicles alongside the centuries-old phenomenon of fog.

Owing to all these detrimental factors, Lahore continues to give a tough time to pollution capitals of the world, often assuming the lead position. The environment protection department notices the urgency of smog prevention only at its onset in November. As soon as spring arrives in the country, all preventive measures are forgotten until the next catastrophic winter.

In Lahore division alone, 500 brick kilns and nearly 2800 factories emit smoke but the department fails to address the issue by ensuring blanket compliance of the environmental policies and bans.

Punjab Environment Protection Director Punjab Naseem-ur-Rehman told The Express Tribune that like the other districts of Punjab, 200,000 challans were given in Lahore and more than Rs400,000 was levied as fine. Whereas, 21 FIRs were registered, 108 old brick kilns were shut and 419 factories were sealed to reduce smog level.

Moreover, the departments shove the blame on each other or India to escape accountability, regardless of the blatant violations of the crop waste burning and other environmental protection bans within our own borders. 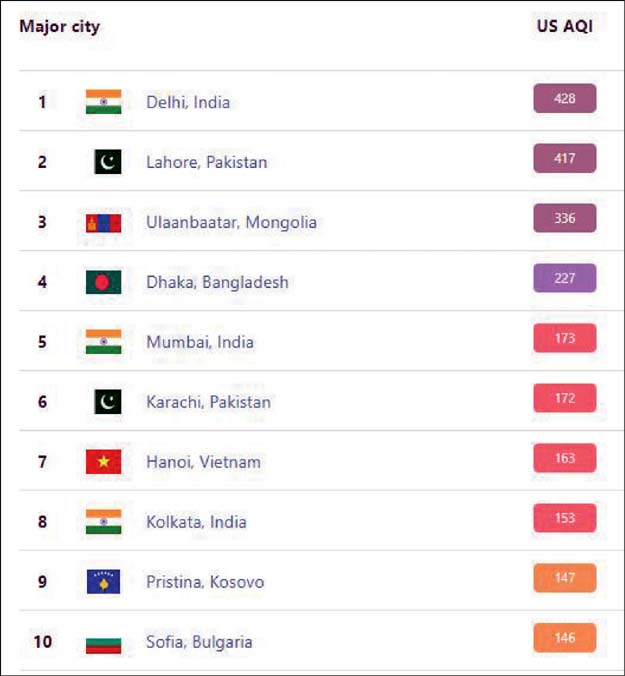 There are an estimated three million motorcycles, and one million domestic and commercial vehicles in Lahore have not obtained any fitness certificate. This absence of environmental protection enforcement measures has led to a further increase in ambient air pollution levels.

‘Need to create awareness on smog’

On the special directives of the Supreme Court, an environmental judicial commission led by Justice (retd) Ali Akbar Qureshi was formed. The commission had imposed a ban and dictated punishments for operating old technology brick kilns and smoke emitting vehicles and factories.

So far no drastic measures have been taken by the government, except the symbolic registration of first information reports (FIRs) and annual bans against the transgressors, to curb dangerous pollution levels across the province.

The only respite expected under such circumstances is the prediction of rain, by the meteorological department, in Punjab after December 25. Snowfall is also expected in the mountainous regions by the end of next week that would help reduce smog levels across the region. The temperature is also expected to plummet further in the province.