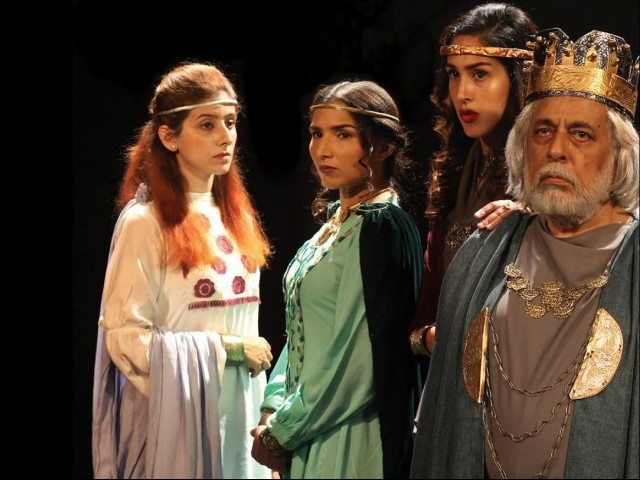 KARACHI  : National Academy of Performing Arts (Napa) has often been under fire for only allowing classics to be staged. If it isn’t Oedipus, it is Othello. As much as that has changed in the past few years, at the end of the day it is an academy and that is where theatre takes root, formally.

Zia Mohyeddin finally picking up Lear, getting Khalid Ahmad to translate it and play the lead, is a new chapter in a similar tradition. Their current production speaks volumes about how they’ve tried to work around the obvious ‘boredom’ associated with the classics and present a more engaging and viable version of Shakespeare. 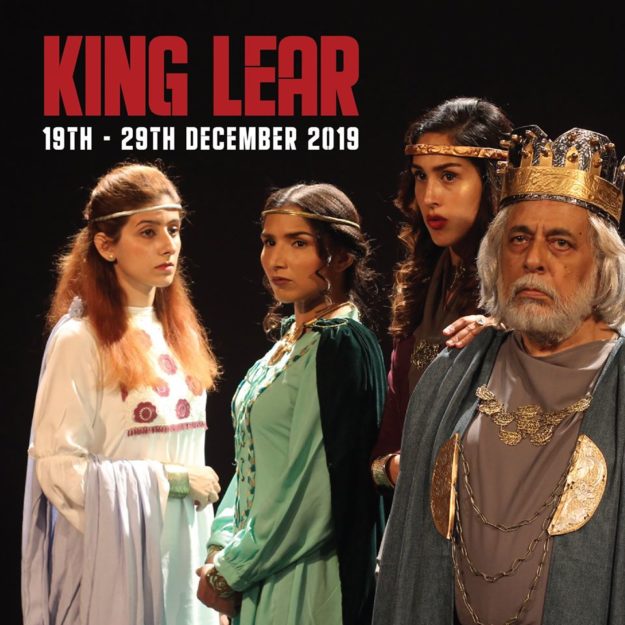 Napa’s latest production of Lear, shorter, crisper and yet has Zia Moheyeddin written all over it. Characters stand and deliver lines, too much movement is a crime, if not a sin, and there’s hardly any spotlight, just the good old voice throw, and enunciatory brilliance at play.

Based in the Kingdom of England, the set is sketched like walls into an ever-spreading empire as actors don the look of royalty and their merry men. They definitely could have been a bit bold with staging and done without the set entirely, like a few international productions, but then that’s Napa for you; stuck somewhere between the acropolis and Karachi Arts Council.

The play is not too concerned with the past but revolves around the cost of sin, or to look at it from the less Christian (read Abrahamic) point of view, the cost of faith itself.  Lear’s journey into madness is his journey into humanity and the constant references to Dajjal make the innate nihilism, overtly religious and in turn relatable. This is where Khalid’s genius as a writer and more so translator of Shakespeare comes into play. 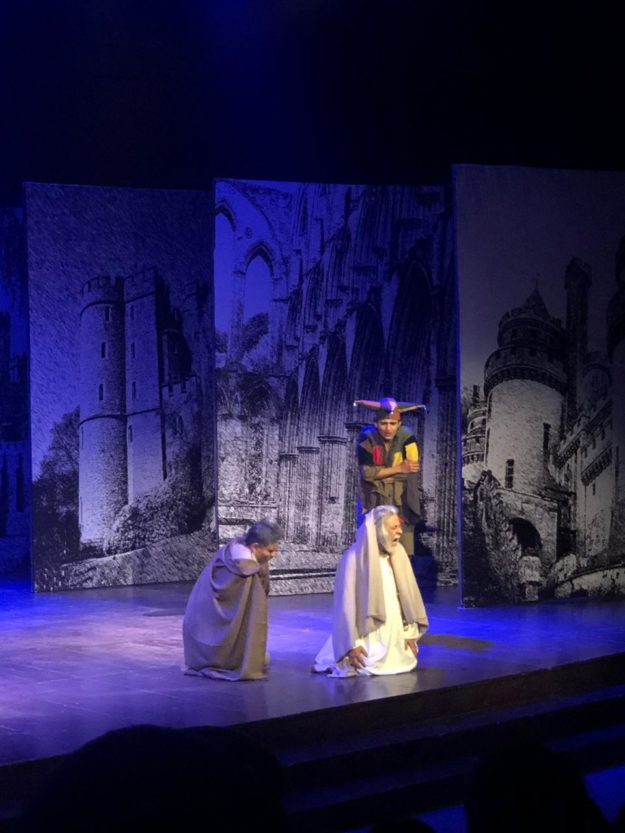 A personal mentor and guru to many journalists and language enthusiasts, Abul Hasnat often told his mentees, “If you want to learn how to write the English language, go read King James’ bible.” And if I get too bored of biblical stories? “Then you go read Shakespeare.”

Before we draw any parallel about translations and transliterations, we must acknowledge that thousands of English words are believed to have been added to the language by the Elizabethan writer himself. So you’re very much sneaking into the Hira of knowledge caves when you’re planning to touch, let aside re-contextualise Shakespeare, in an Indo Aryan language. This is an abomination and act of blasphemy, to begin with. 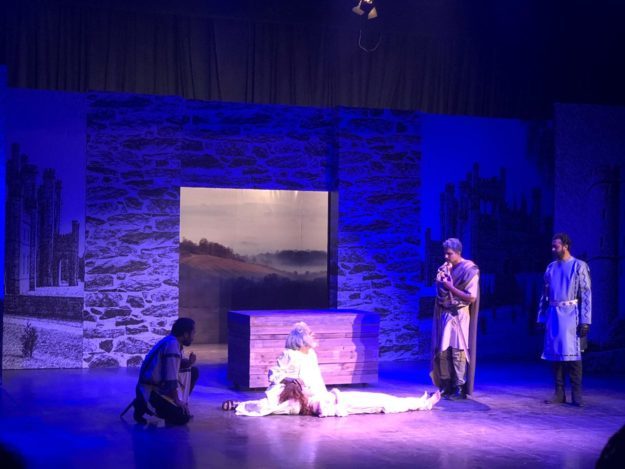 However, as a translator, Khalid is contemporary beyond the fashionable trope of relevance. He doesn’t compromise on the spirit of the meaning, he doesn’t invent new words and yet manages to fuse the ethos of Shakespeare with the playfulness of Urdu language.

Does that make for an accurate translation? Not at all. That makes for an engaging translation; one that doesn’t require you to be a permanent member of the Urdu self-flagellation club that communes annually at a conference right across the road. Of course, there’s nothing wrong with taking the classical route as long as the spirit is fueled by a sense of intellectual honesty, not cultural supremacy.

Having said that, his translation of A Midsummer Night’s Dream as Beech Bahaar Ki Raat Ka Sapna is still the best version of Shakespeare you’ll see on Karachi stage. 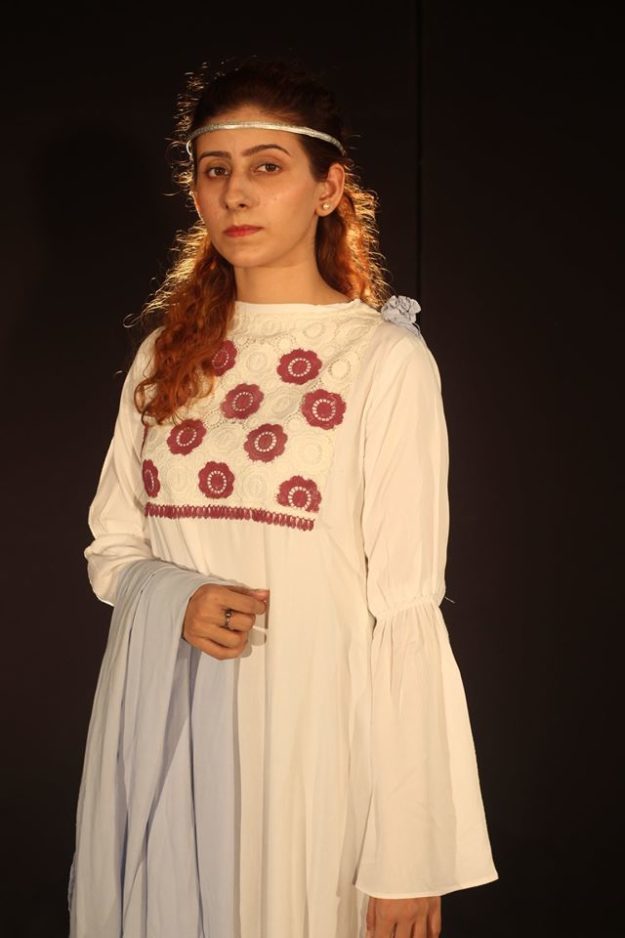 Someone who has seen Khalid off stage would agree that he is a bit of Lear himself. Last I met him which was not too long ago, he confused me for a guitarist, despite us having at least three detailed conversations about everything under the sun, in the gap of seven years.

Perhaps it’s the memory, or the rather mendicant approach to life, that Lear embraces after being drenched in the rain overnight and Khalid often displays, in his lost-yet-committed approvals, by a wobble of his head or spinning of his eyeballs. I can’t say for sure. The only difference would be that unlike Lear, his intellectualism is not borrowed or advised, and he duly deserves the much-coveted throne he shares in the theatre fraternity. 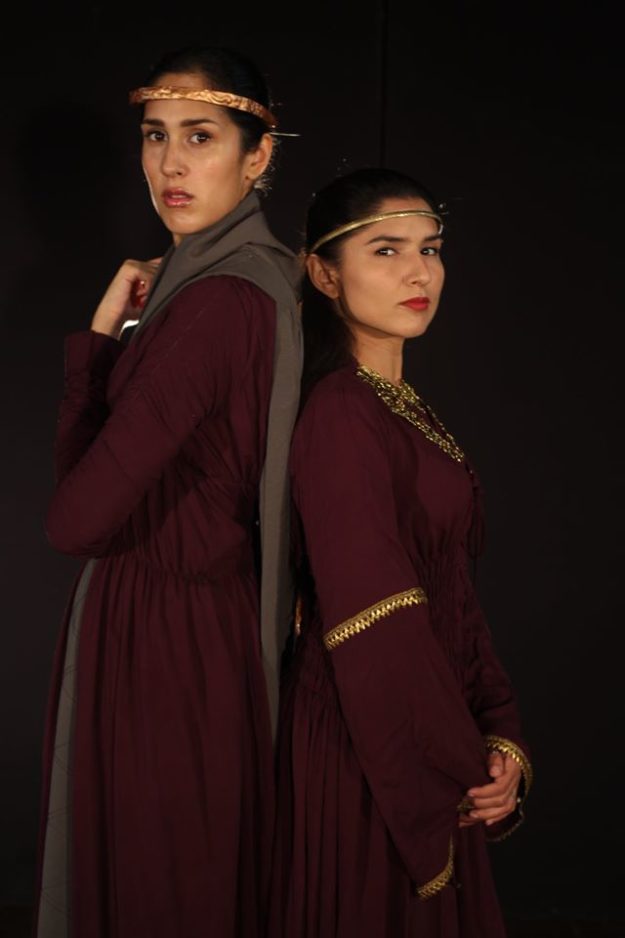 Lear is Khalid’s most natural portrayal if not his best. It was hard to avoid the comparison with Sir Ian McKellen, who I watched play Lear at Duke of York’s theatre only two years back. McKellen has obviously played Lear in more than 300 different productions and it was Khalid’s first go, that too on a translation.

Interestingly, both of them spoke about a lack of a backstory being a major hindrance in approaching the character in their respective interactions with the press. Yet they both managed to stand out in their own style with their own swag. As much as Khalid could have brought Lear on his knees and audience on their toes, with harder stomping and louder yelling, he still managed to keep them on the edge. And the drama just got more intense with time.

His journey from sanity to madness, from belief to disbelief, from peace to anarchy is a lesson in building up to crescendos for show-persons of all kinds.

Khalid owns the stage, bit by bit, step by step just like any great actor should and just like any quality drama should unveil itself, particularly when the  audience is drenched in the rapid exposition of plot lines. He takes his time to gain strength and then tries to push the boundaries with his vocal range and on-stage agility, most of which leave a huge impact. 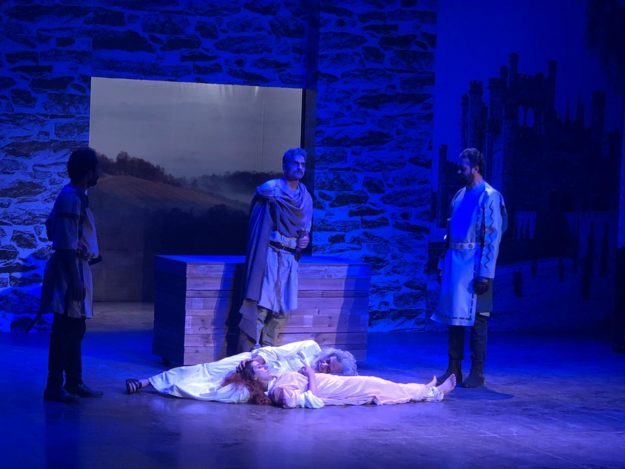 Other highlights of the play are Moheyeddin’s old gang of trustworthy Napa alumni. Fawad Khan really surprised everyone when he returns as Kent in the guise of King’s best foot soldier. The gruff that he incorporates in his voice and boastful posture with which he roams around the stage says a lot about the comfort he has found over the years.

Nazarul Hasan has been quite unfairly compared to Nawazuddin Siddiqui because his portrayal of Gloucester’s legitimate son-turned-beggar Edgar is just another display of his immaculate range.

Perhaps you require a Rajpal Yadav and Siddiqui crossover to legitimise the comparison and do justice to the insane dimensions of Edgar as performed by Nazar. He is in a league ahead of everyone at Napa and needless to say, everything on Pakistani TV. 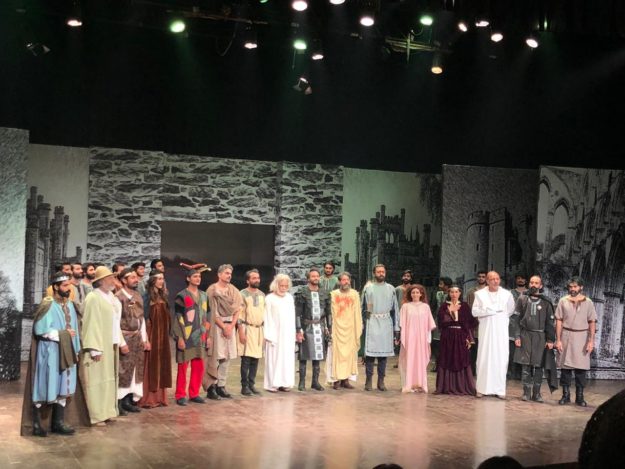 The play also stars Mira Sethi as Goneril. Her performance was sufficient enough for you to believe her existence but not enough to understand her depths. Perhaps all the daughters needed a bit more nuance and polish in this abridged version of Lear.

Beyoncé makes it to the Oscar’s Original Song shortlist