The actor is curren­tly being bashed on social media
By Entertainment Desk
Published: December 16, 2019
Tweet Email 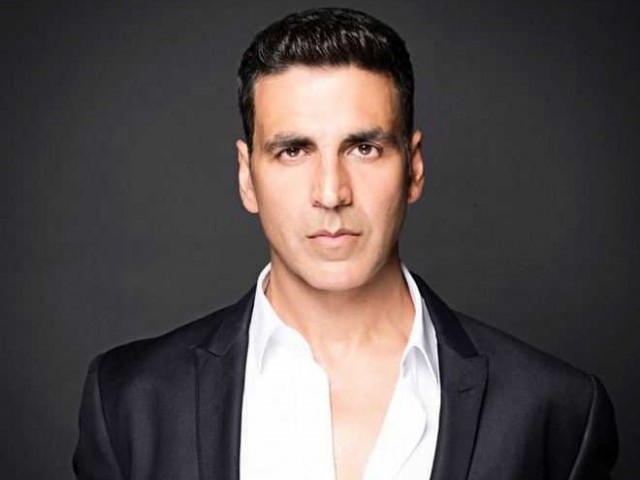 More than 100 students and activists protesting against the contentious Indian citizenship law were injured in New Delhi on Sunday. Given the unarmed protesters clashed with the police that used tear gas and baton charges to disperse demonstrators at a major university.

Following this, several Bollywood celebrities lashed out at the authorities over the tension in Delhi’s Jamia Milia Islamia University, including renowned filmmaker Anurag Kashyap.

This has gone too far.. can’t stay silent any longer . This government is clearly fascist .. and it makes me angry to see voices that can actually make a difference stay quiet ..

However, Twitterati noticed that Akshay Kumar had liked a video that mocked the attack on Jamia, and propagated hatred. Kumar landed himself in hot waters as user did not refrain from calling him a ‘videshi – foreigner’ (referring to his Canadian nationality) adding that he would not be bothered  by the unrest in India for the very reason.

A tweet shows Akshay liking a video that mocks the attack on Jamia. However, when checked later, it appears that it has been ‘unliked’.

For people requesting Bollywood stars for raising their voice against police brutality on Jamia students. Here is our Hero @akshaykumar who "likes" a tweet mocking brutal attack on Jamia Milia students. He has now unliked it. #JamiaProtest pic.twitter.com/tgYwOiHDQ6

In response to the criticism, Kumar tweeted saying that he mistakenly ‘liked’ the video while scrolling through his feed, and that he does not support any such mockery.

“Regarding the ‘like’ on the tweet of Jamia Milia students, it was by mistake. I was scrolling and accidentally it must have been pressed and when I realised I immediately unliked it as in no way do I support such acts.”

Prime Minister Narendra Modi’s government says the new law will save religious minorities such as Hindus and Christians from persecution in neighbouring Bangladesh, Pakistan and Afghanistan by offering them a path to Indian citizenship. But critics say the law, including the United Nations, which does not make the same provision for Muslims, weakens India’s secular foundations.

Sunday was the fifth straight day of protests across the country against the law enacted earlier this month, and the third day running in the Indian capital.

I’m not a part of this generation, or this race: Kareena Kapoor