BNP-M chief says the two cities should be ‘includ­ed in Baloch­istan to balanc­e the popula­tion’
By Tariq Ismail
Published: December 15, 2019
Tweet Email 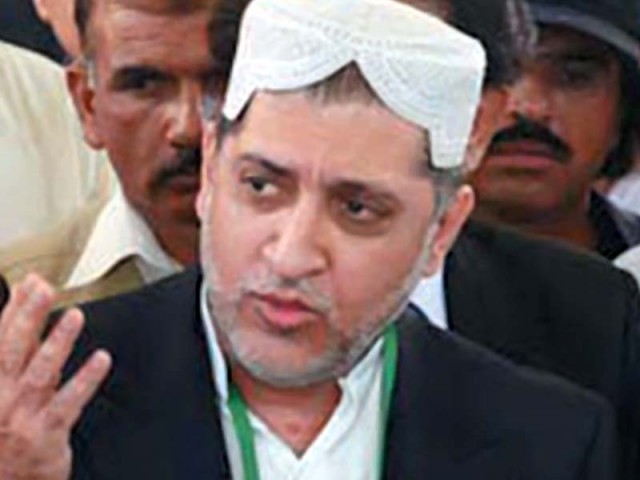 BNP-M chief says the two cities should be ‘included in Balochistan to balance the population’. PHOTO: EXPRESS/FILE

DERA GHAZI KHAN: A public gathering was organised in the memory of martyrs of Koh-e-Sulaiman by Balochistan National Party-Mengal (BNP-Mengal) at Kalma Chowk of Taunsa tehsil.

Addressing the gathering, BNP-M Chief Sardar Akhtar Mengal said that at the time of partition, Dera Ghazi Khan and Rajanpur were parts of Balochistan but later they were included in Punjab.
He said that Balochistan comprises 43% of total area of Pakistan but was the smallest in terms of population.

He demanded that Dera Ghazi Khan and Rajanpur should be included in Balochistan to balance the population.

He accused the government of making a “deal” to “sell the entire country including Balochistan under CPEC” and said that metro trains were being launched under the mega project but no public welfare project was in offing in the province.

The BNP-M chief declared that he was not supporting the government in greed for any post or ministry but was looking forward to his six-point agenda.

Mengal claimed that the abducted women from Awaran were only released after he protested over their going missing.

He said that it was not just a coincidence that every ruler apologised for mistreatment with Balochistan.

Mengal maintained that by keeping within the framework of the Constitution, he was struggling for the rights of people of Balochistan.
“In the past, those who demanded their rights were termed traitors,” he alleged.

He demanded of the Punjab chief minister to conduct an inquiry into the killing of two persons in Dera Ghazi Khan two months back in police encounter.